This week we are going to make our very own lava lamps! Fill the bottle a quarter full with water. Top up to the (near) top with the vegetable oil.

The oil and water should separate into two layers, water at the bottom and oil on the top.

Add about 6-8 drops of food colouring once they have separated. The colour will mix with the water at the bottom.

Your lava lamp can be used over and over again. 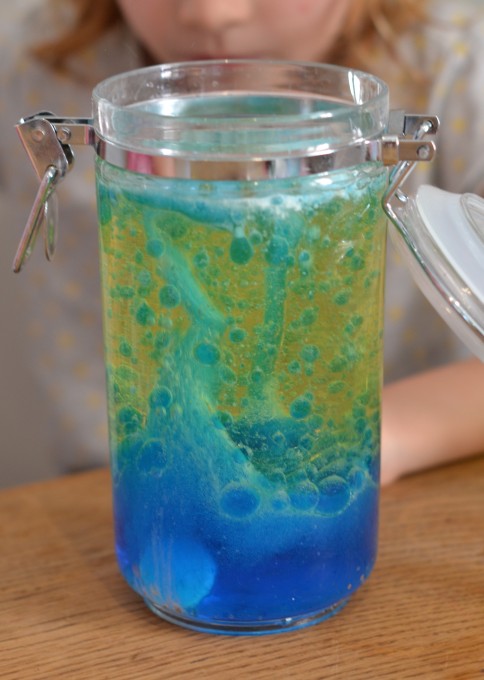