Half term has flown by as usual, I’ve been busy working on a secret project, so watch out for that coming soon! Luckily the children have been so happy to have some time at home that they have played together beautifully and really enjoyed some downtime.

It’s fair to say that Zak’s half term was much improved thanks to Anki Overdrive sending us a starter kit to play with. 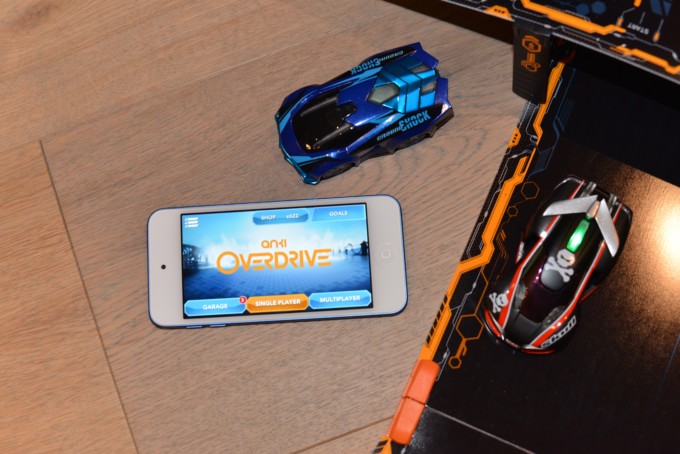 I wasn’t sure what to expect when it arrived, my last experience of a race track involved about 30 minutes of putting together poorly fitting track followed by racing cars that flew off at every corner. It’s fair to say Anki Overdrive surpassed my expectations immediately. I asked Zak to set it up while I started to make dinner one day. I’d barely chopped the first carrot when he was back in the kitchen telling me he was ready to play. It’s that fast to get started.

The starter kit comes with 2 cars and 10 pieces of track. The track fits together magnetically which is why it was so quick to build. The cars charged in 10 minutes and the app download and set up was very straightforward too. The cars connect automatically so there’s no messing around or loss of connection. It’s a super slick system.

Once the cars were charged we  all watched mesmerised as the two starter cars, Skull and Groundshock sped around the track scanning the layout. The movement is super smooth and just amazing to watch. If one car is facing the wrong way it’ll even turn itself around. 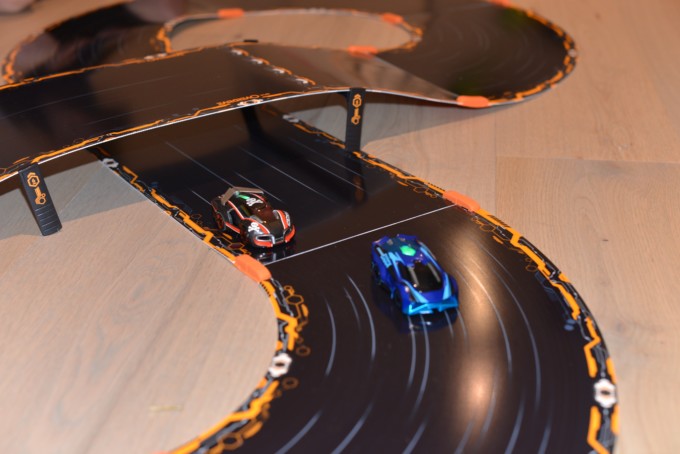 How does it work?

The app turns your mobile device into a controller and is very intuitive. Players can choose a battle, standard race, play against friends or single player. At the end of a race you get cash for upgrades which can be used for weapons, speed boosts and lots more. Every aspect on Anki Overdrive has been extremely well thought out, we love it.

Zak ( age 10 ) has thoroughly enjoyed every second of exploring the capabilities of Anki Overdrive, and it’s been really lovely for me to play with him over half term as it’s something we can start and stop easily if needed and play in short bursts. Recently Zak and his Dad have spent lots of time together learning to program or experimenting with various engineering projects while I have been with the new baby, so it’s been brilliant for us  to spend time together to reconnect doing something we both enjoy. 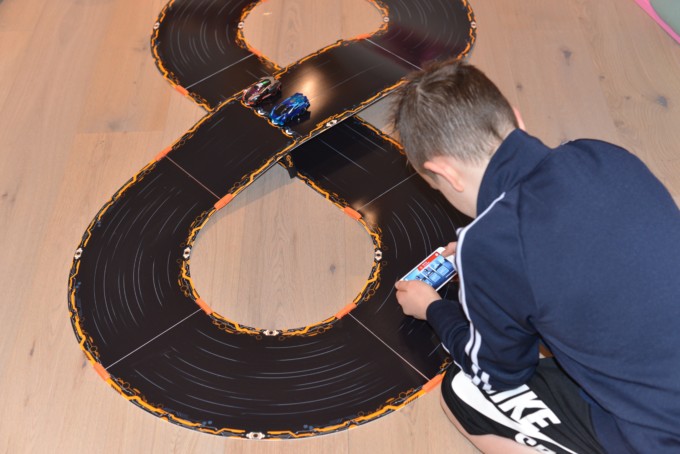 We’ve only scratched the surface of the possibilities with Anki Overdrive and are very much looking forward to discovering more about it together. 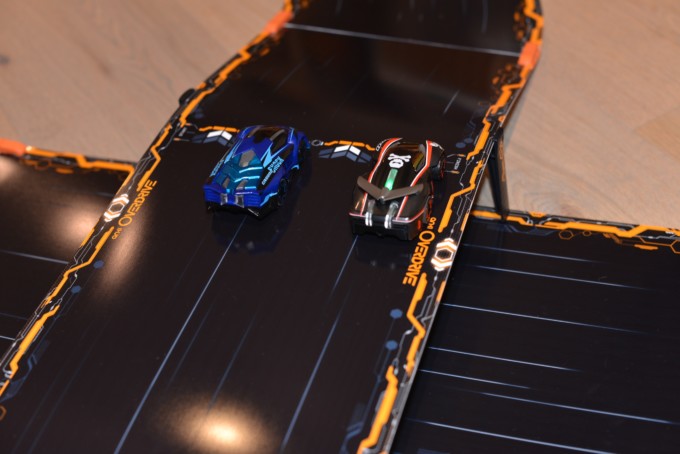 We’re yet to spend much time looking at extras, but I have  a feeling Zak will have a few on his Christmas wishlist, I’m pretty sure a Supertruck will feature on there somewhere and I’d like to see how far the cars can jump with the launch kit.

Have you tried Anki Overdrive yet?

Anki Overdrive kindly sent us a Starter Kit for the purpose of this review.