I spotted this brilliant challenge from National Geographic yesterday. My 7 year old was desperate to give it a go, even with the short timescale and I think he did a pretty good job.

We sat down together and discussed the design process, which is quite similar to how he has planned projects in the past at school.

To keep a camera safe from the jaws and paws of animals.

Zak first brainstormed his ideas and I wrote them down for him on a whiteboard. 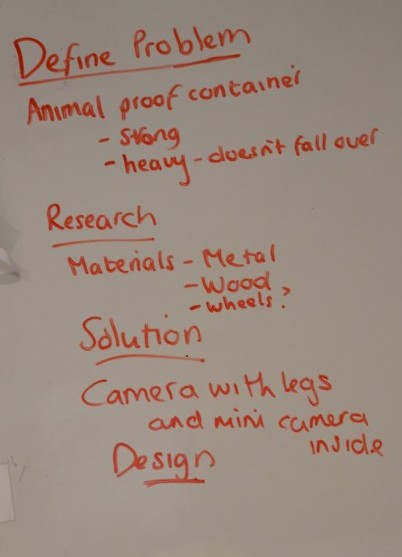 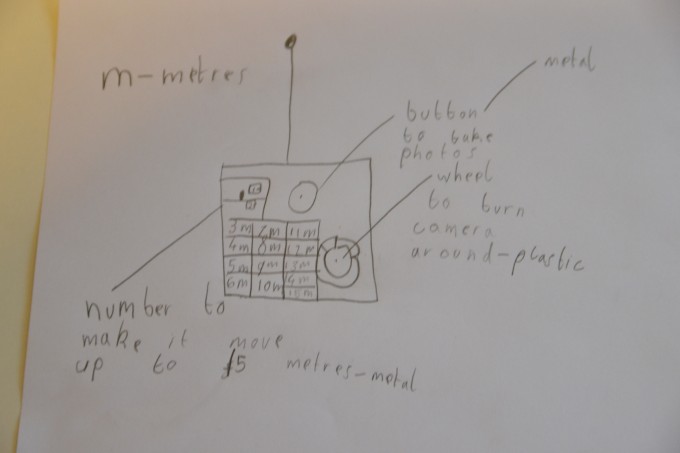 This is the camera container. At the last minute Zak added a smaller camera inside the container which he said could fly like a helicopter to take photos of tall animal like giraffes.

I think he did quite a good job for a first attempt. 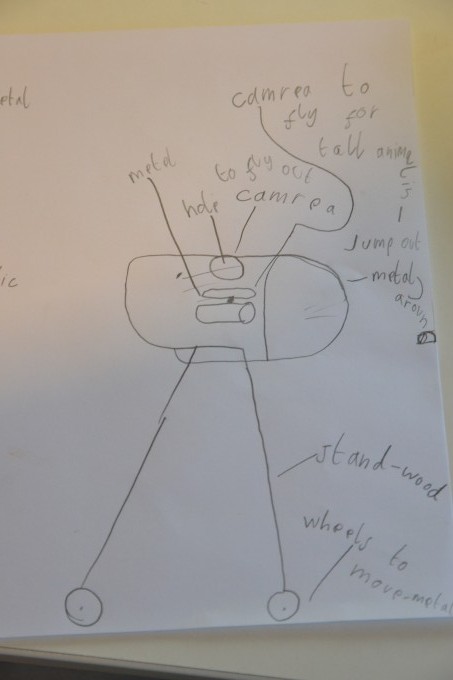 What do you think? How would you make a camera container?