The Titanic famously sank on the 14th April 1912 in the North Atlantic Ocean after colliding with an iceberg.

This activity models how an iceberg sits in the ocean and explains one of the reasons why the iceberg that collided with Titanic wasn’t spotted until it was too late! 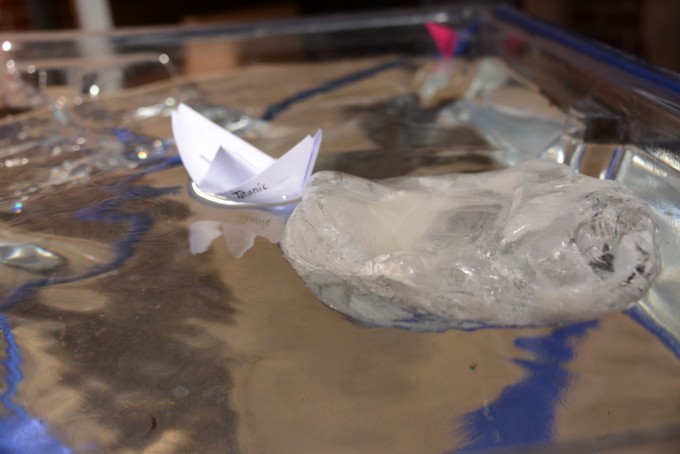 Fill a balloon with water, fasten the end and leave in a freezer until frozen.

Once frozen, carefully cut away the balloon and discard.

Place the iceberg into your container of water.

Measure how much of the iceberg is above and below the water. 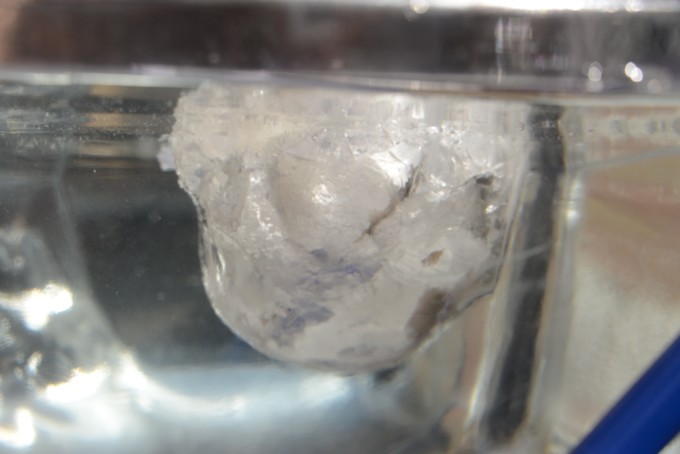 Did you know around 90% of an iceberg is under water? Is this the same for your iceberg?

So much of an iceberg is under water because water expands as it freezes, meaning the ice is less dense than the surrounding water.

Sea water, because it is salty, is more dense than fresh water meaning that the ice floats slightly higher in sea water than in our experiment.

How could you work out how much water is displaced by the balloon?

The iceberg that hit the Titanic was formed from fresh water, but what do you think would be different if you made your iceberg using salty water? 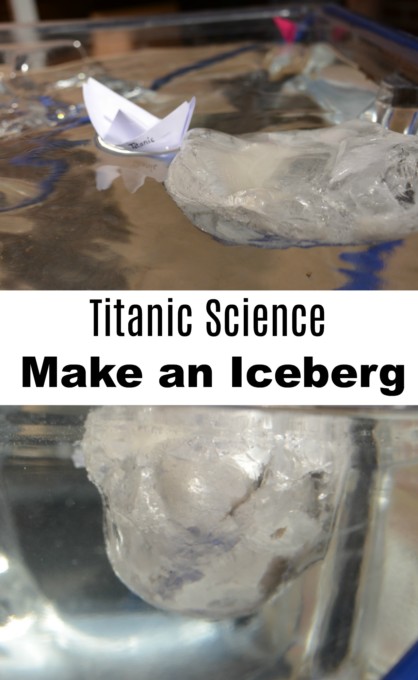