Every now and then we like to try a more ‘traditional’ science experiment and walking water is one I’ve been trying to catch on video for ages. This super simple experiment works quickly and is very impressive. The science behind it, can be a bit tricky for little ones, but you could start by spilling a little bit of water on a table and demonstrating how the paper towel absorbs the water.

Glasses or jars of the same size 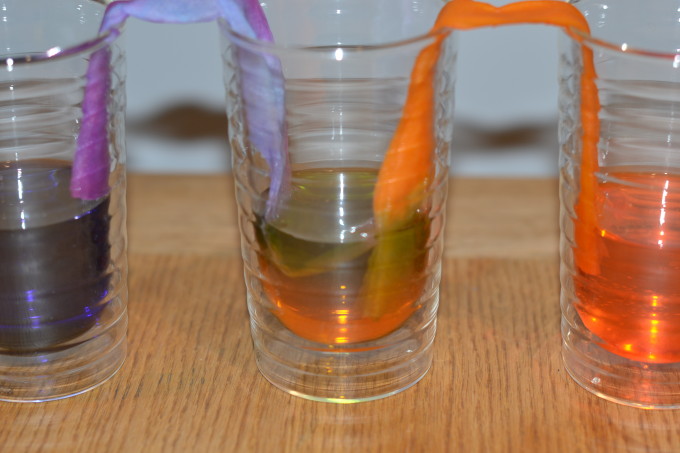 Place coloured water into the glasses on the outside, leaving the middle one empty.

Cut a piece of kitchen roll in half and fold up each.

Place a piece of kitchen roll so it runs from the glasses with water into the empty one.

Sit back and watch. 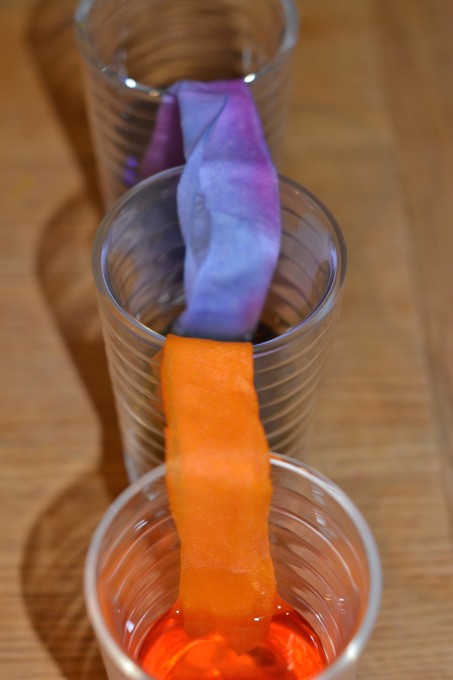 Can you predict the colour of the water in the middle glass.

Is it faster if you wet the paper towel first?

Would this work if you used a more viscous liquid, vegetable oil for example?

What happens if you use a thicker paper towel?

Why does this work?

The water travels up the kitchen roll by a process called capillary action. The water moves against gravity along the tiny gaps within the fibres of the kitchen roll. Water molecules bind to the paper towel through a process called adhesion, but also stay close to each other as they are cohesive. The gaps in the towel act like capillary tubes, pulling the water upwards.

Another example of this process is where water travels from the roots of a plant to the leaves, we call this transpiration, which is driven by capillary action. 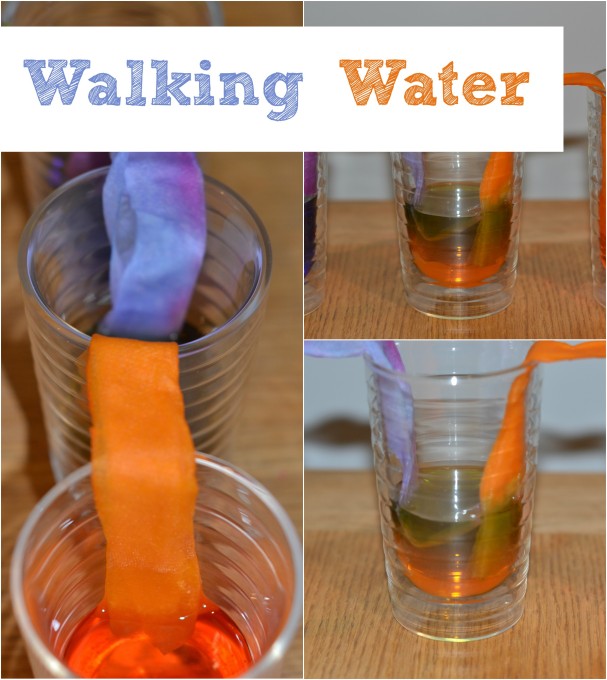