Today’s activity was unplanned, just something we observed whilst playing with water balloons. 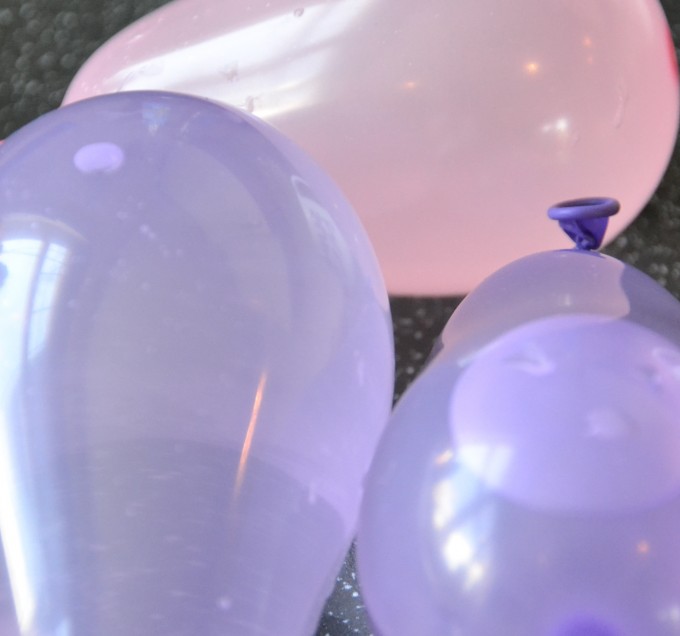 We got a saucepan deep enough to allow our balloons to sit inside and we filled it up with cold water. We then dropped in our balloons and waited. All of the balloons floated, including the empty ones. 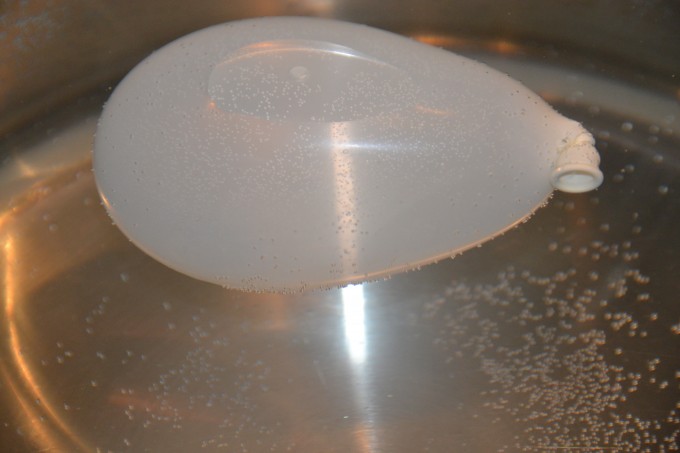 We took out one of the balloons and rolled it around in our hands and noticed the air bubble always rose to the top. We wondered if this made the balloons float. I realised we could test this. Our balloons came with a water pump and I found I could fill them under water without letting any air in.

We did this and checked out balloon for air… None! It still floated!

When the water in the pan was too hot to touch I took it off the heat and put it somewhere safe where the kids could see it, then carefully put the balloon in it. It sank. 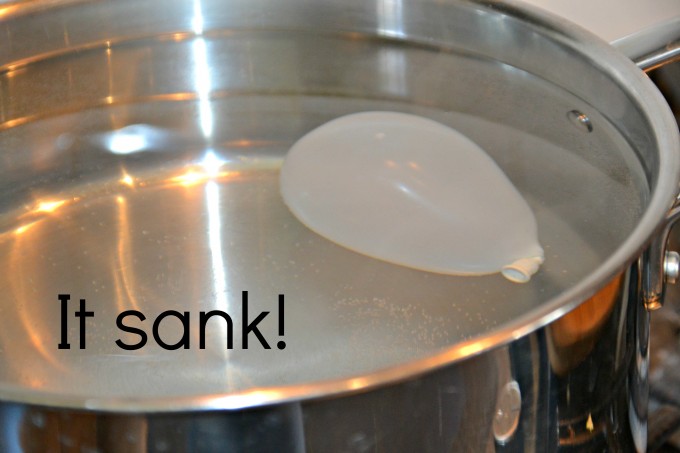 Twenty minutes later when we came in the balloon was floating… How strange …. what do you think happened?

Warm water is less dense than cold water, so the cold water in the water balloon was more dense than the hot water and so sank. As the water cooled down, it’s density increased making the balloon float again.

Warm water is less dense than cold water because the heat source excites the water molecules making them move faster, when they bang into each other they bounce away making the distance between them further.

« How does your garden grow?
Is your arm span equal to your height? »