Home » What is a Colloid?

The particles making up a colloid are smaller than those in a suspension.

If you put cream in a jar and shake for a about 10 minutes the fat molecules stick together, making butter and a liquid called buttermilk. Butter is also a colloid as there are water molecules trapped in between the fat. 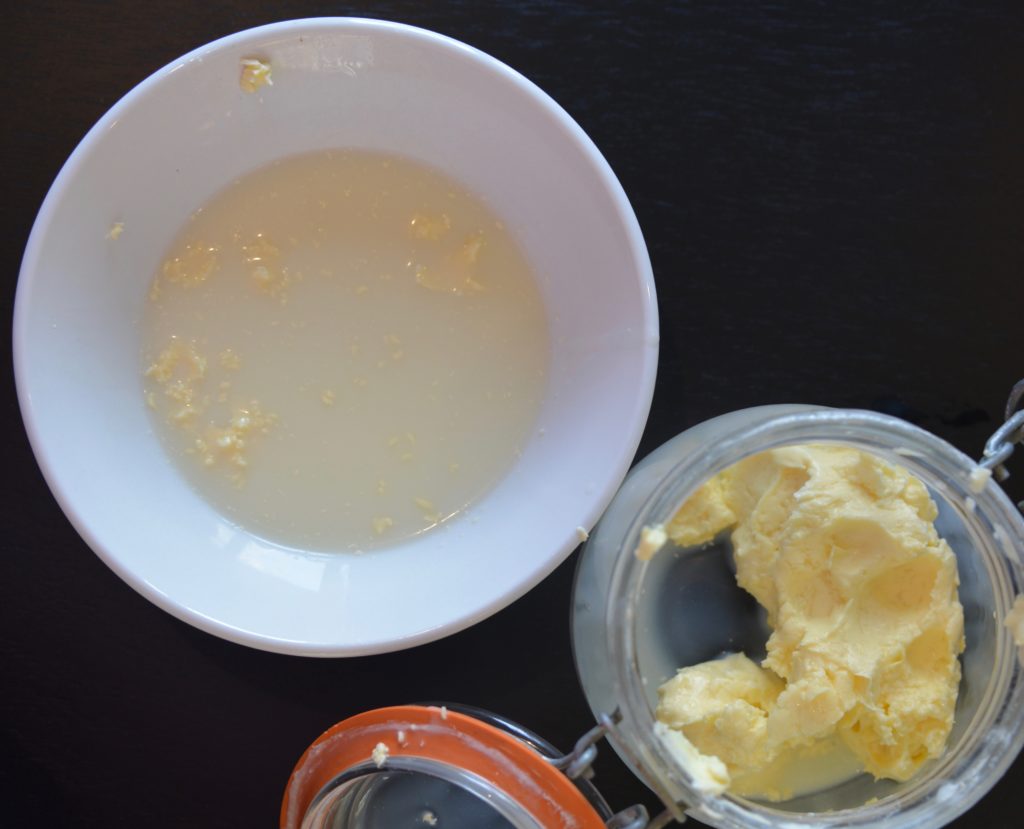 Mayonnaise is a mixture of oil and water, stabilised by proteins in the egg yolk. This is a special type of colloid known as an emulsion ( milk and cream are also emulsions )

An emulsion is a special type of colloid made up from a mixture of two liquids which form a stable substance that has different physical properties to the two individual liquids.

Colloids can be made up of gas-liquid, liquid-liquid, solid-liquid or solid-gas.

Can you think of any more colloid examples for us?

Whisk double cream until it looks thick. This is whipped cream and is a gas-liquid colloid as gas has collected in the liquid forming a stable mixture.

Whisk two egg yolks with a little olive oil until you get mayonnaise. Remember mayonnaise is an emulsion.

If you make jelly with gelatin, this is a colloid of gelatin dispersed in water or juice.

Dust is made up of solid particles dispersed in the air.

Colloids also exhibit Brownian movement. This is random zig zag motion of particles that can be seen under a microscope and happens when particles collide into each other in the dispersing medium ( for example – air, water )

The Tyndall effect happens when light is scattered by particles of in its path to create a beam of light.

Colloids exhibit the Tyndall effect. When a light is shone through a colloidal dispersion the light beam becomes visible as a column of light. The Tyndall Effect also makes clear substances containing tiny particles to appear slightly blue. This is because blue visible light ( which has the shortest wavelength ) is scattered by the particles, while longer wavelengths of light are not scattered. It is this effect that makes a blue iris look blue, not pigment!

Questions to ask about colloids

What is brownian motion?

What is the Tyndall effect? 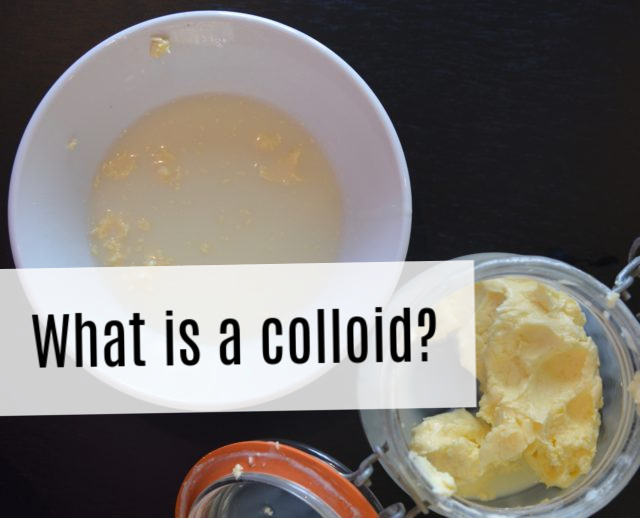 Try making bath salts with Science Kids. You could even give these as a homemade gift afterwards!

Or how about one of our huge collection of easy chemistry experiments.

If you want something super quick and easy we’d definitely recommend this colourful skittles experiment, it looks mega impressive and all you need is a pack of skittles and some water!