This easy magic milk investigation is fantastic fun for kids of all ages. All you need is full fat milk, food colouring and a little dish soap to create crazy colour explosions.

The reaction that gives the colourful display is between the fat in the milk and dish soap. This is why full fat milk is the best to use. 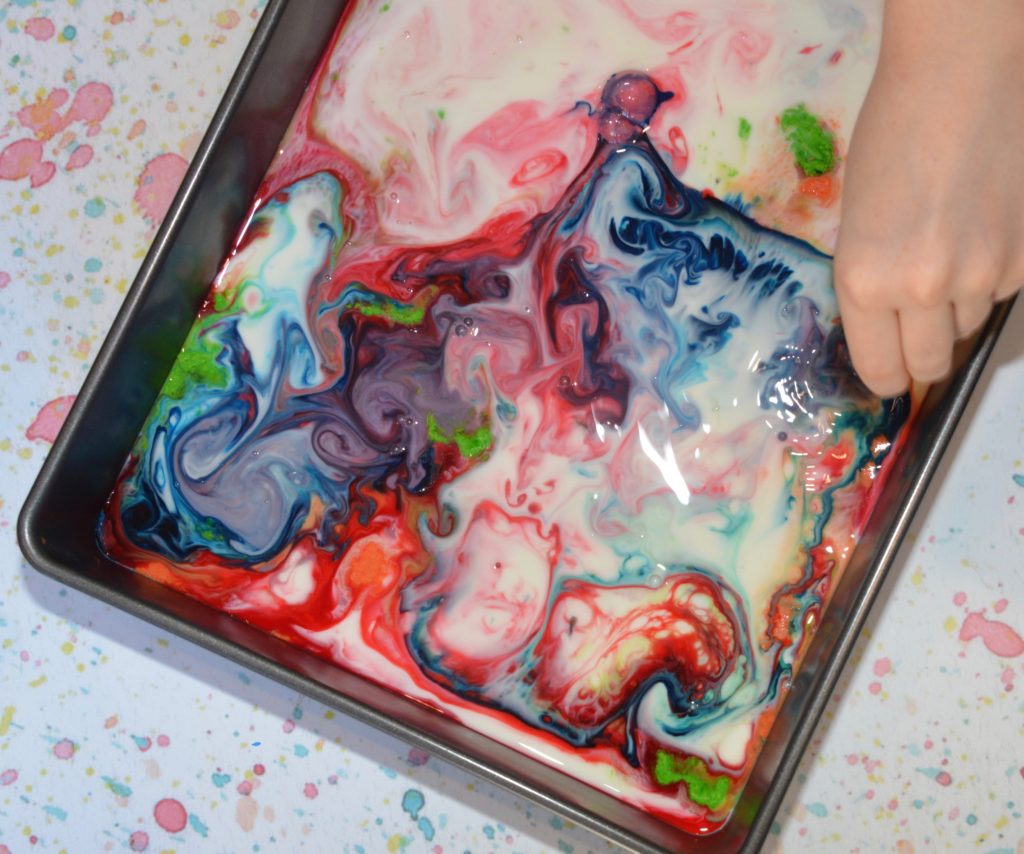 How to set up a magic milk investigation 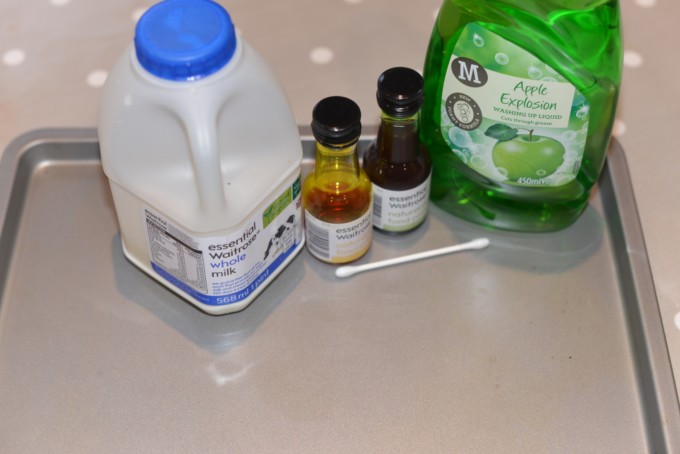 How to make a magic milk display

1. Pour a layer of milk into your baking tray or plate.

2. Gently drop a few drops of food colouring onto the surface of the milk – spread these out. 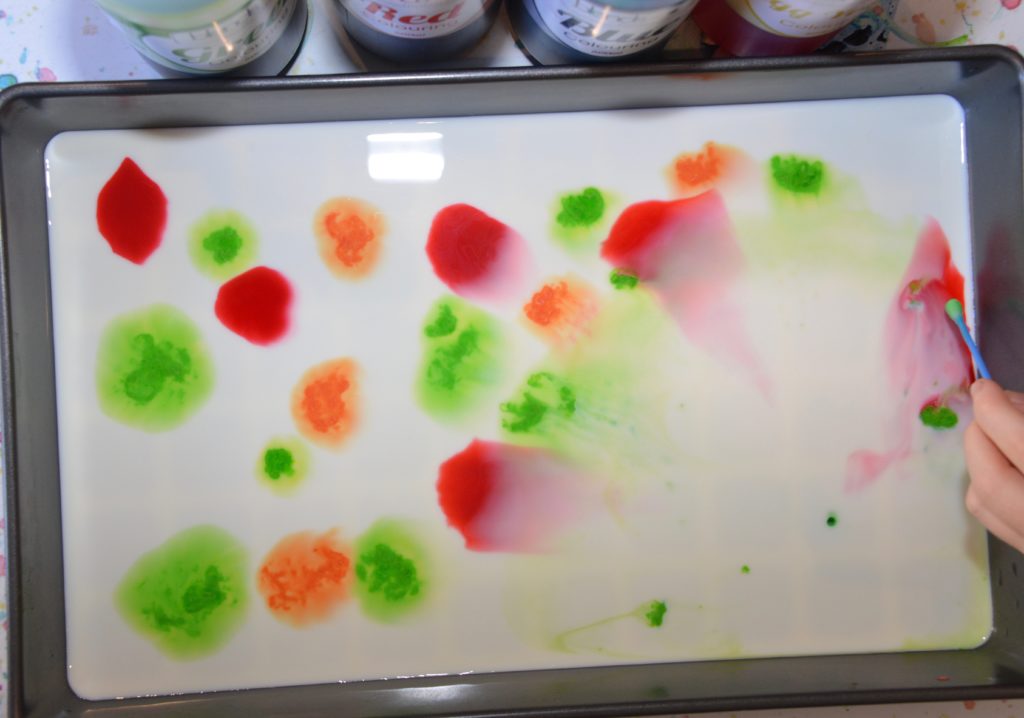 3. Add drops of the washing up liquid on top of the food dye and watch what happens. 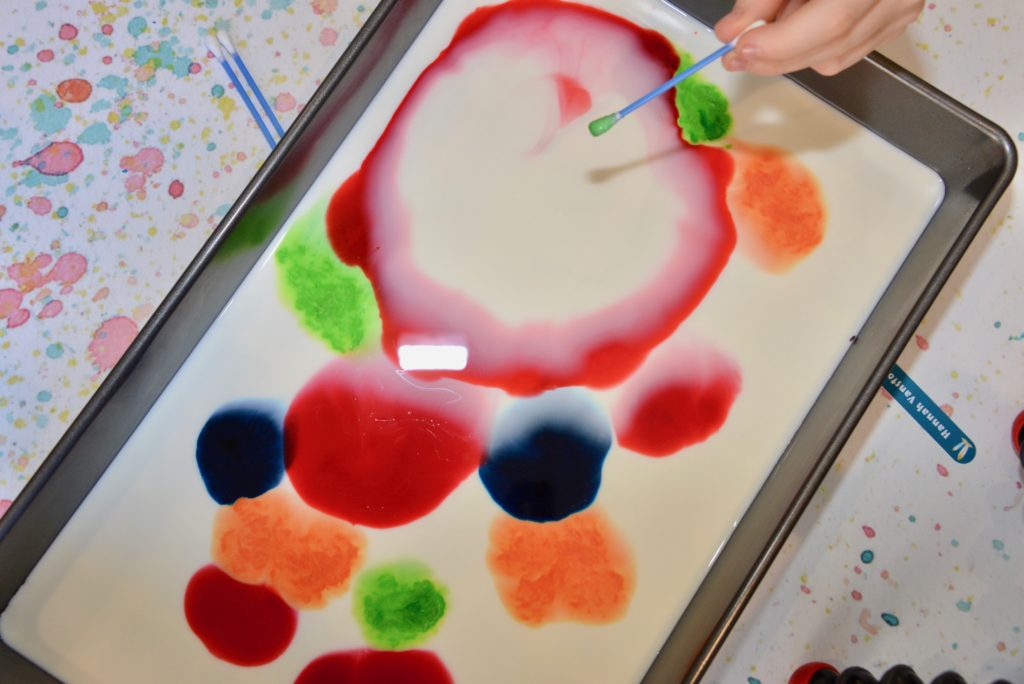 Safety: Do not drink the milk after (obvious I know but it has to be said)

What do you think of our magic milk display?

Why does it work?

Think about why we use dish soap in everyday life? It’s to clean our dishes and this break down the fat that makes them greasy. Fat is found in whole milk – milk is mainly small droplets of animal fat dispersed in water. The washing up liquid/dish soap wants to break the fat down in the milk. We call it an emulsifier as it allows the water and fat to mix creating an emulsion. The emulsifier (dish soap) molecules have a water loving head and a water hating tail. The tail sticks into the fat droplet and surrounds it leaving only the water loving heads. While it is doing that it scatters the food colouring molecules giving the colourful display you see.

Emulsions are thicker (more viscous) than oil or water on their own, and have many uses thanks to their unique properties.

Examples of emulsions in the kitchen

Other examples are paint and some cosmetics.

Immiscible liquids are those that don’t mix to form a solution.

Vegetable oils do not dissolve in water. We can use this property of oil and water to make a density jar.

If a mixture of oil and water is shaken, then left to stand, tiny droplets of oil will be seen to float upwards, and eventually the two liquids will separate: a layer of oil will form on the surface of the water. However, if an emulsifier is added to the oil and water, a mixture called an emulsion forms.

Try testing different dish soaps to see if they all have the same effect? 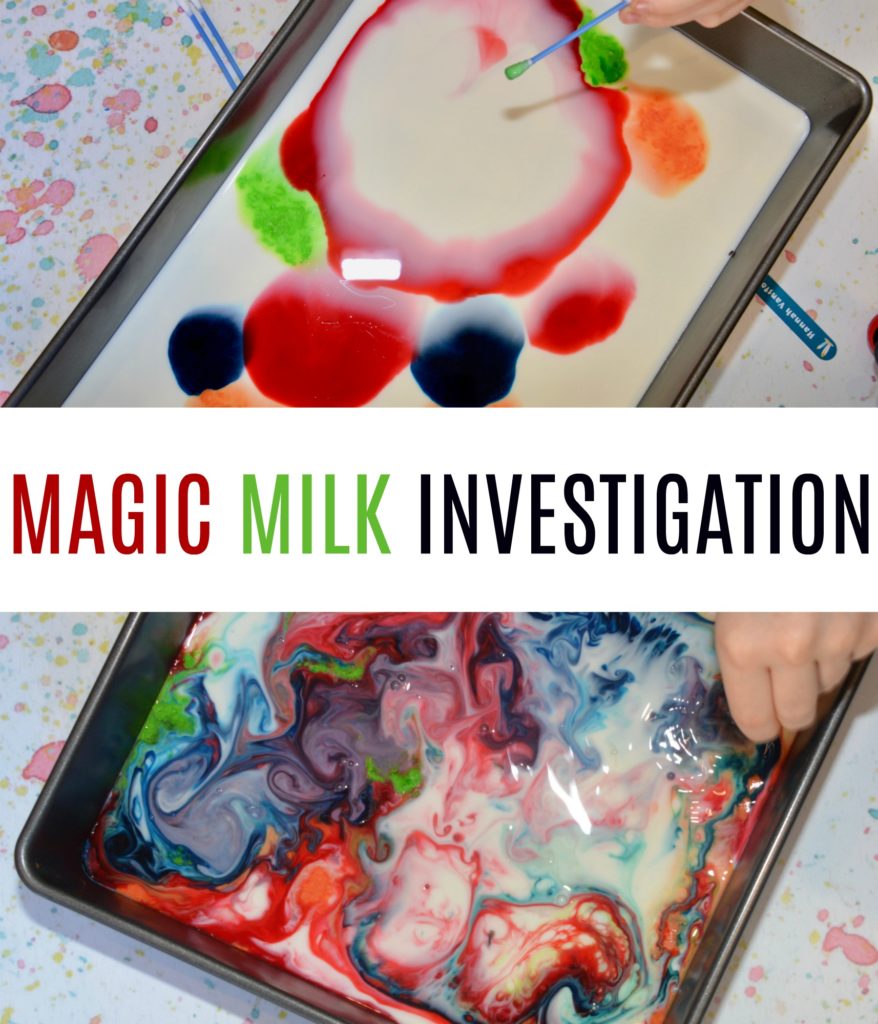