This is a fun superhero themed activity great for learning about density and magnetism. We’re going to show how if you squeeze a plastic bottle full of water a Lego man that previously floated will sink, then we’re going to trap him at the bottom using a magnet and paperclips. 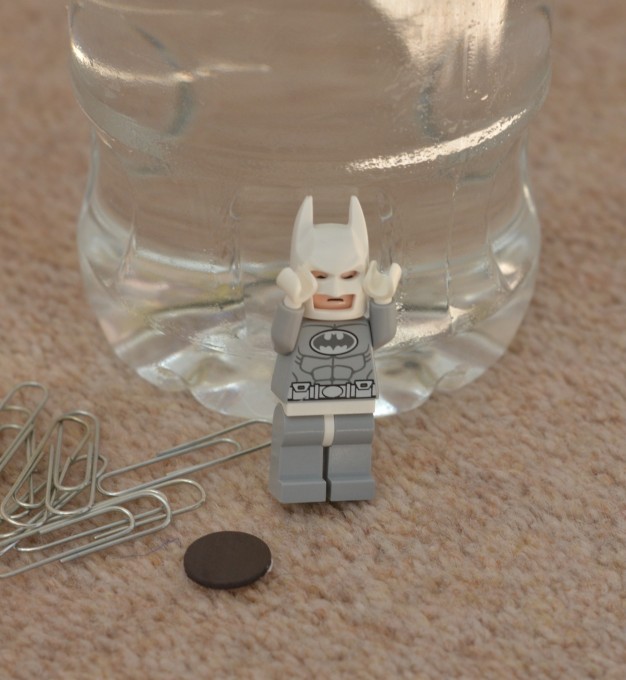 Fill your bottle almost to the top with water.

Drop in the Lego man and put the lid on the bottle.

Squeeze the bottle hard in the middle and watch the Lego man sink, release the pressure and he should move to the top again.

To try the magnet part, stick a sticky magnet to the bottom of the Lego man and drop paperclips in the bottle. 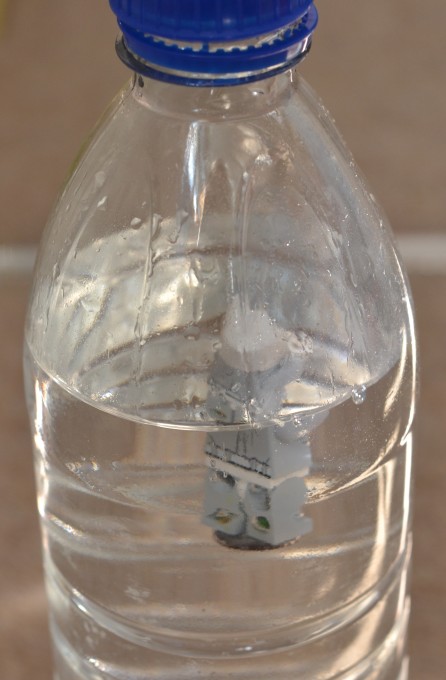 A more traditional  demonstration uses a pen top with no hole and a ball of clay or play dough, but the principles are the same.

If it doesn’t work, try adding some clay/plasticine/blu tack or play dough to the lego man to make him a bit heavier. He needs to be just on the cusp of sinking.

The same thing is happening with the lego man and the air bubbles in his body.

Did you know submarines dive down by making themselves denser than water. Objects denser than water sink. Submarines let seawater into ballast tanks, when they are full the sub sinks. To rise to the surface the submarine must reduce its density which it does by releasing water from the tank.