My children are all loom band crazy, so this week I set them a challenge. I made two loom band bouncy balls using this tutorial on Loom Love, One with 17 loom bands inside and one with just 10. I then asked the kids to work out which had the most bands in.

This was great practice for designing an experiment and for starting to think about which variables to keep constant and which to change.

They decided that the ball with the most bands would bounce the highest, and devised their own experiment to find the bounciest ball. 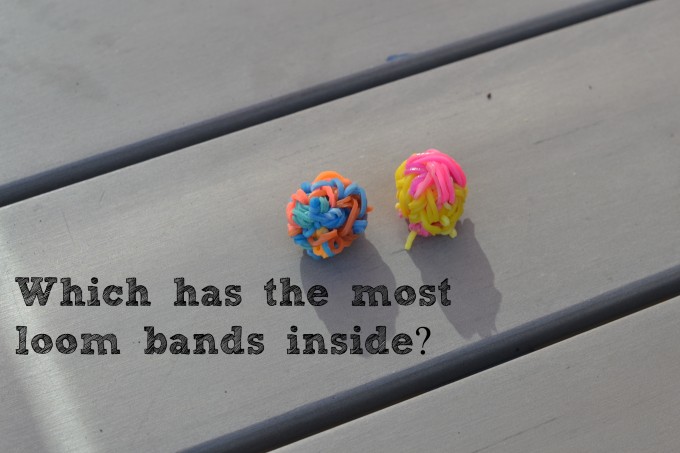 Conditions to keep the same

Height to drop the ball from and time dropped.

We were careful to use no force when dropping the balls, do you know why this is?

One person was to drop the balls while the other watched how high they bounced. 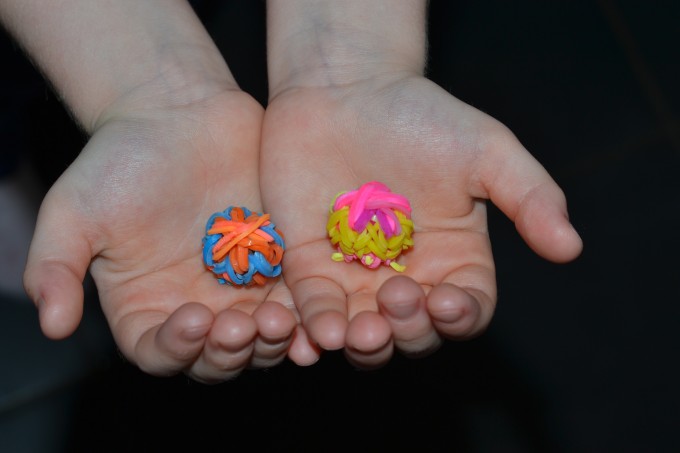 How could we improve the accuracy?

We found it was quite hard to tell by eye alone which ball had bounced the highest as they tended to shoot off in different directions, so for our second attempt we marked a certain hight on the wall, and dropped the balls one at a time from the same height trying to make another mark at the height reached on first bounce.

This was still a little tricky, but more accurate than our first attempt.

The children correctly identified the ball with the most bands in, so as predicted more loom bands inside made a bouncier ball.