Z and I have been cycling near our house trying to see how far we could get on our bikes without peddling. We start at the top of a hill and just roll down. Z was curious as whether we would get further on a steeper hill, so I set us the challenge of finding out the effect of gradient on speed. 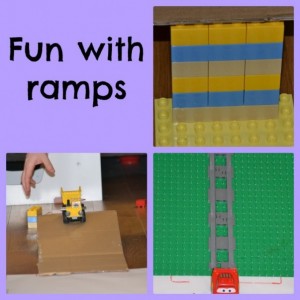 Our basic principle was to just check that the steeper the hill the further a car would go on the flat surface of our hallway.

So we built a ramp with some DUPLO bricks and our intention was to increase the steepness (also called gradient) of the cardboard ramp and let a car roll down the hill.  We marked on the floor (wood) with some chalk how far the car reached.  After a few test runs we found that the car at the same gradient reached different distances each time we did it.  We spent quite a while figuring out what was causing this variation.  Our car was partly to blame, it was a lego car which didn’t have very free spinning wheels. 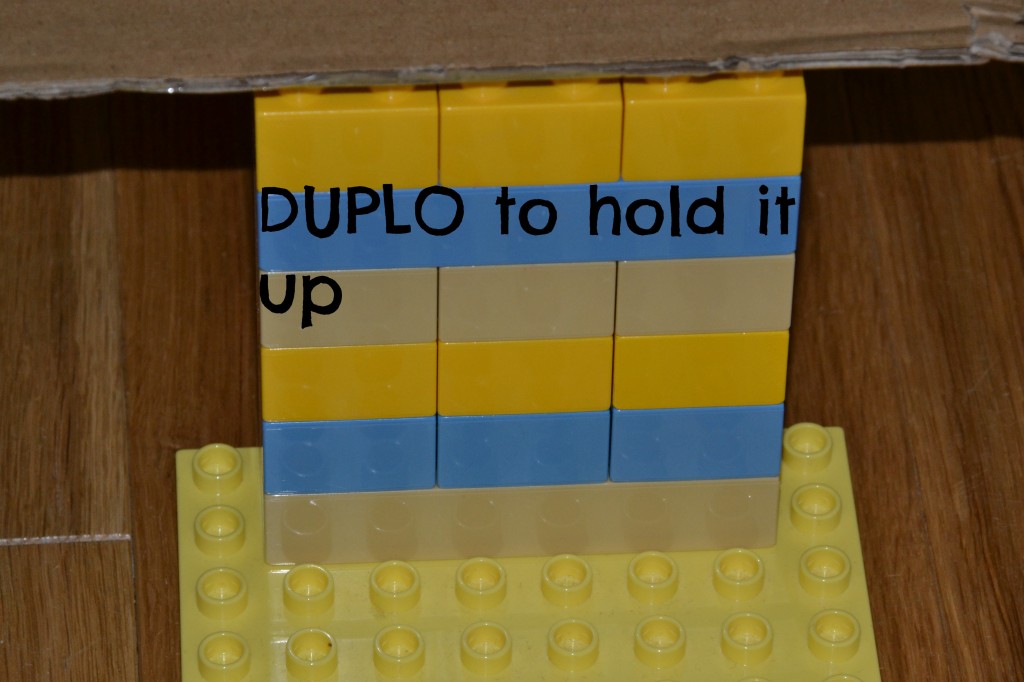 Next, with a newer, smaller better made car we tried again.  This time however the car barely made it off the bottom of the ramp.  By this time our cardboard ramp had sagged a little and was also quite rough.  So we then had to rethink our ramp. We also decided to use a roll of paper instead of the chalk as Z kept rubbing the chalk out with his feet. 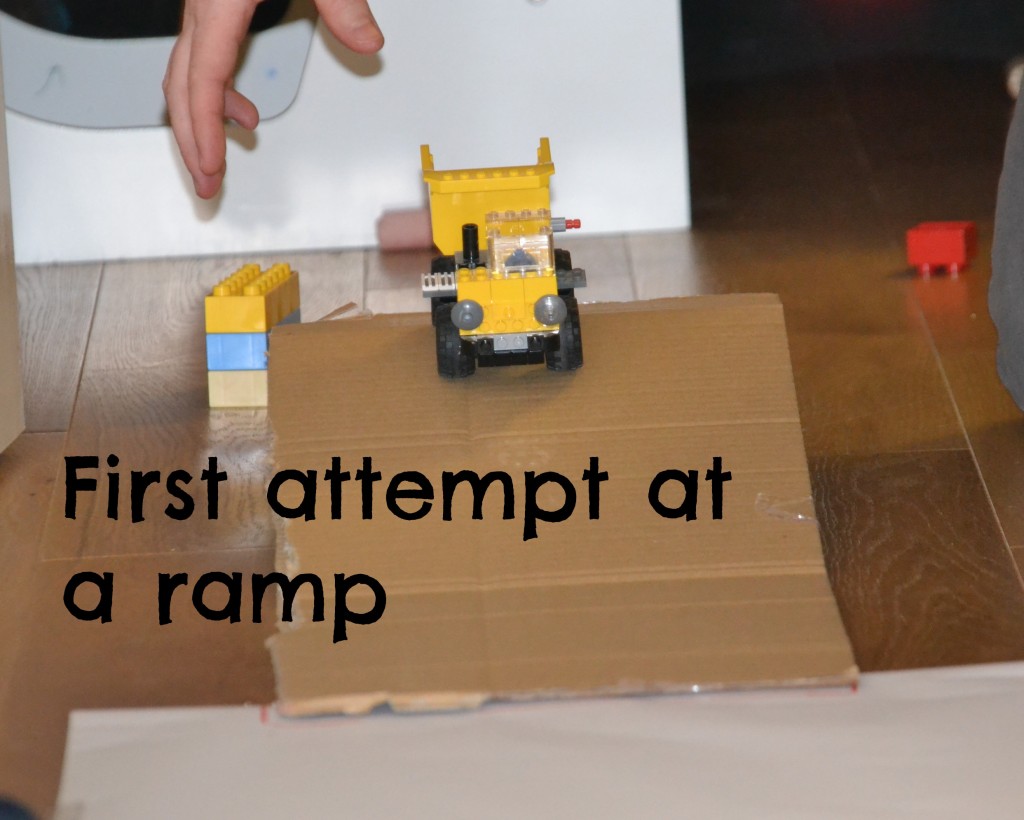 We tried to attach a pen to the back of a car so it would draw a line down the paper. However the pen slowed the car down so much that it didn’t work. 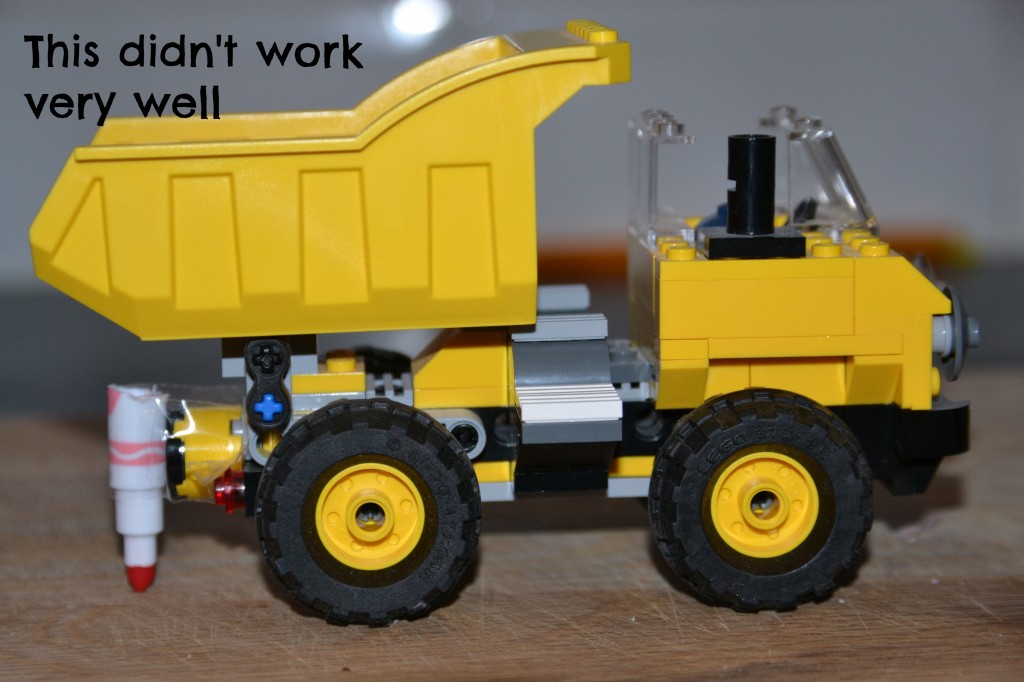 So now we had three problems:

Z thought a DUPLO base plate would be a good idea to use, and I suggested using some track to keep the car on the paper instead of veering off the side. We found a car with free moving wheels and I suggested finding the average of the distance travelled. 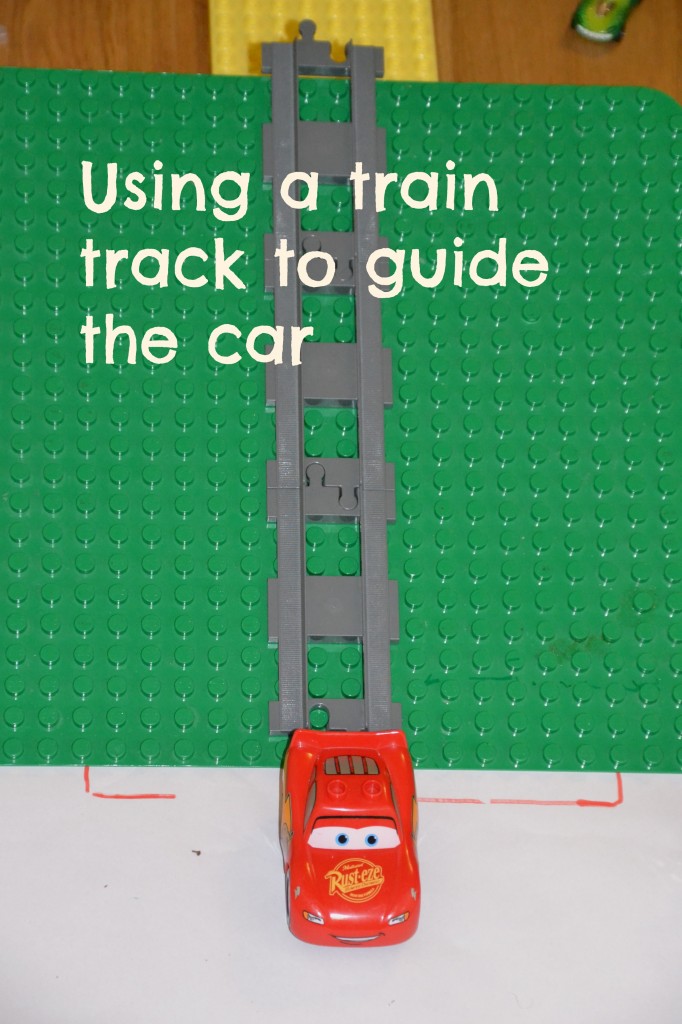 This is how we recorded the results. The number of bricks is the height of the ramp. 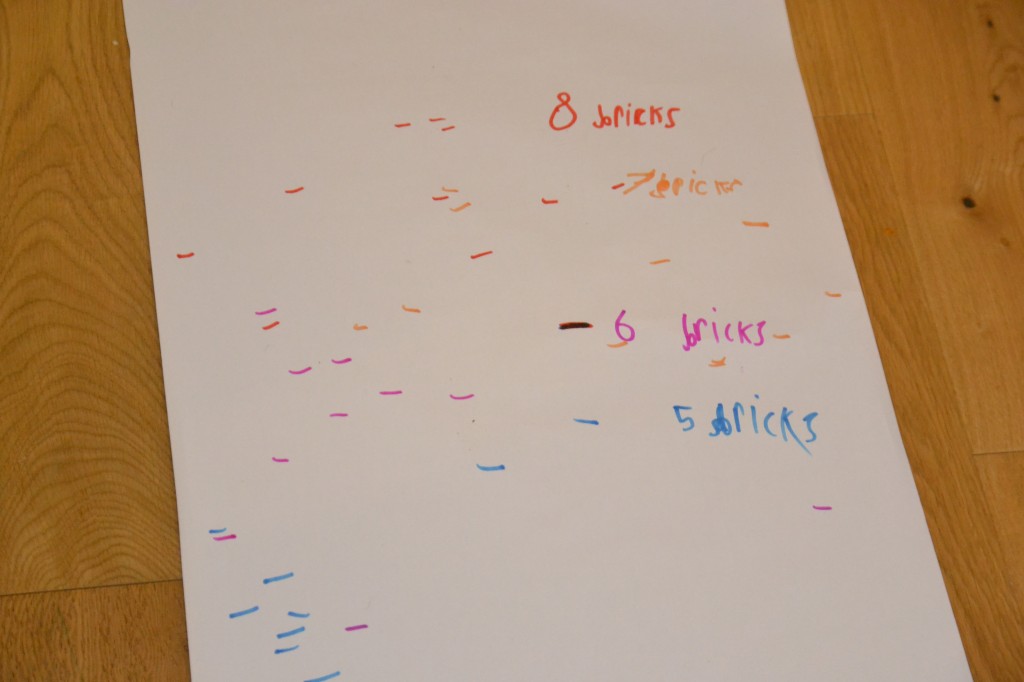 You can see that the greater the gradient ( number of bricks ) the further the car moved down the paper.

After taking the photo Z continued to collect data, I think he got up to about 12 bricks, then the car just started crashing into the floor.

Can you think of any other challenges to set?

« Why Popping Candy pops
Make your own bird feeder »