We have talked about respiration before when we made bread and used yeast to make the dough rise. This is another very easy experiment that demonstrates respiration in action and is quicker than making bread if you are short of time.

Respiration occurs in the mitochondria of cells. You can find out more about mitochondria by making a model of a cell.

Blow up a balloon with yeast

A packet of dried yeast 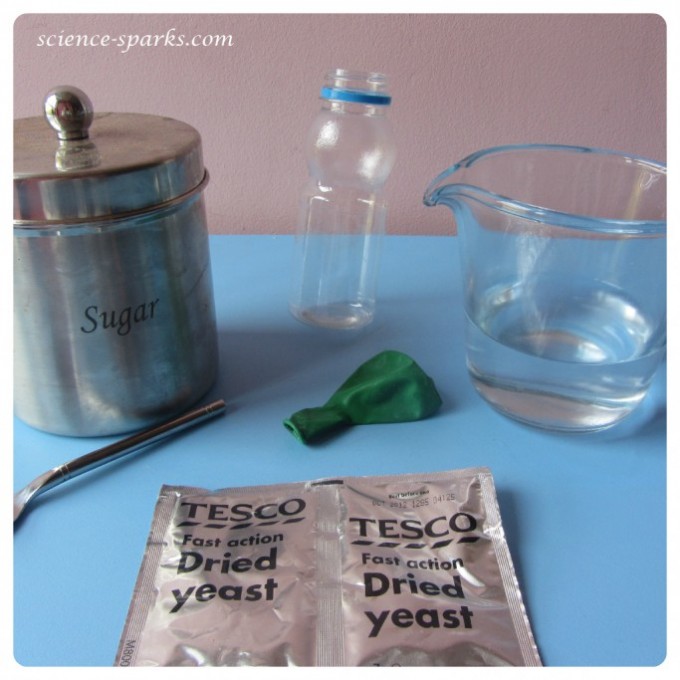 1. Blow the balloon up a few times to give it some stretch. This just makes it easier for the experiment to work.

2. Fill the small bottle about 3cm full of warm water.

3. Add the yeast and swirl until dissolved and then add the 1 teaspoon of sugar.

4. Place the Balloon over the open top so that is seals it.

5 Over the next half an hour watch what happens. (Obviously do other stuff and come back, it may be a little boring to actually watch it for half an hour!)

Yeast is a living organism. In order for it to survive it needs to make energy. In its dried form the yeast is dormant, but as soon as you provide it with warmth, water and sugar (it’s food) it ‘wakens’ and becomes active. The sugar (glucose) reacts with the oxygen from the bottle to make water, energy and carbon dioxide. The carbon dioxide is a gas and this is what you see filling the balloon.

Remember yeast can respire anaerobically too when there’s not enough oxygen for aerobic respiration.