Here at Science Sparks we’re huge Harry Potter fans, so with that in mind I have some fun Harry Potter science experiments coming up over the next few weeks. First up are our golden snitch catapults. 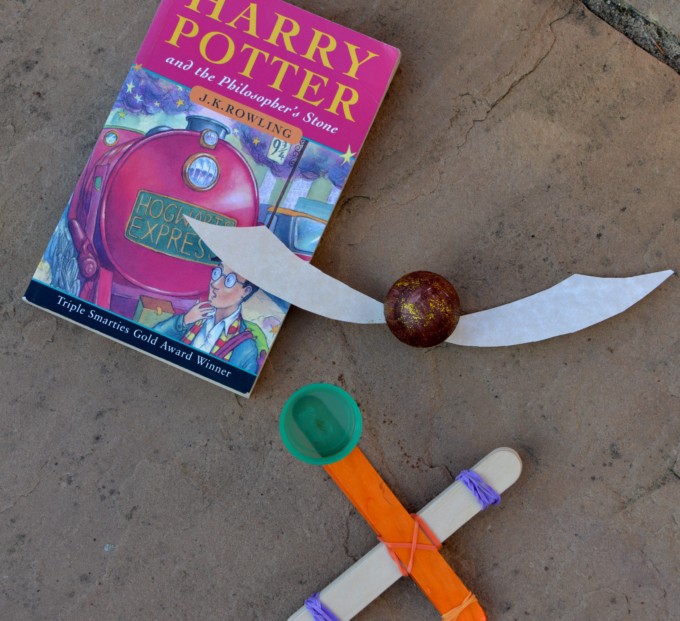 To make the golden snitch we coloured in a table tennis ball with a brown sharpie then coated in glitter glue. Once dry I used a hot glue gun to attach paper or feather wings.

How do catapults work?

When you push down on the milk bottle top, the lolly stick catapult arm bends, giving it energy, when the arm is released the energy is transferred to the ping pong ball which flies through the air.

The further down the lolly stick is pushed the more force is used, which gives the lolly stick more energy to transfer to the ping pong ball, this means it should travel further. 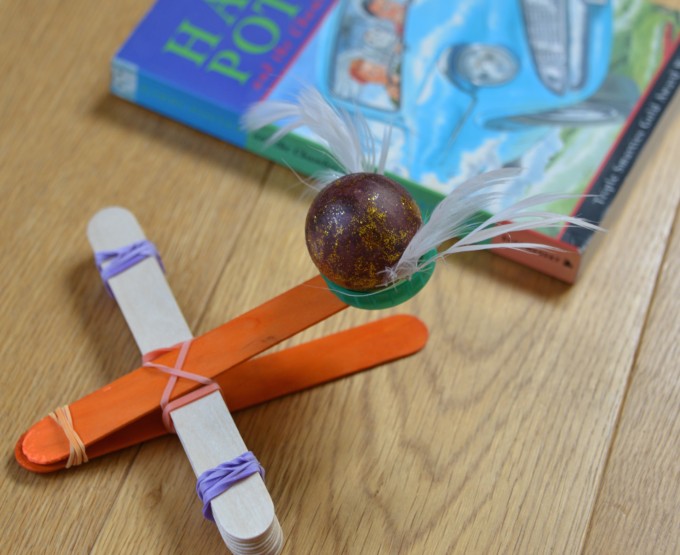 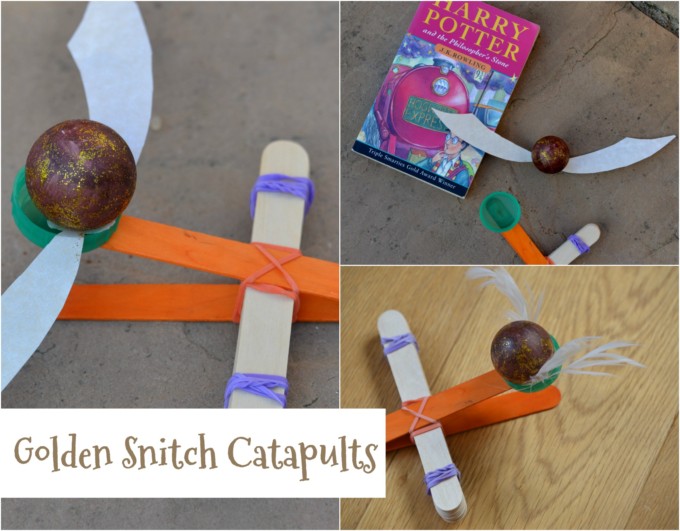