Following on from our Mini Magnet Maze last week, today we made a spooky ghost.

The first idea I had was to use the magnet to make a paper ghost move.

We cut out a ghost from a piece of paper and made a DUPLO stand for it. I added a couple of metal paperclips so that when the magnet came near the clips the paper moved. 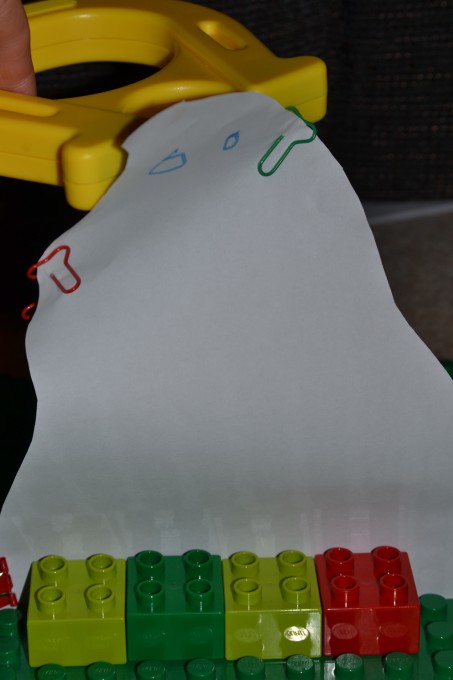 It didn’t work quite as well as I’d hoped, so we tried another idea. This time I cut out a ghost and some small circles from thick cardboard. We drew spiders and webs on the small circles and added a paperclip.

Holding the magnet on one side of the ghost we could make the spiders/webs move on the other side. SPOOKY!!! 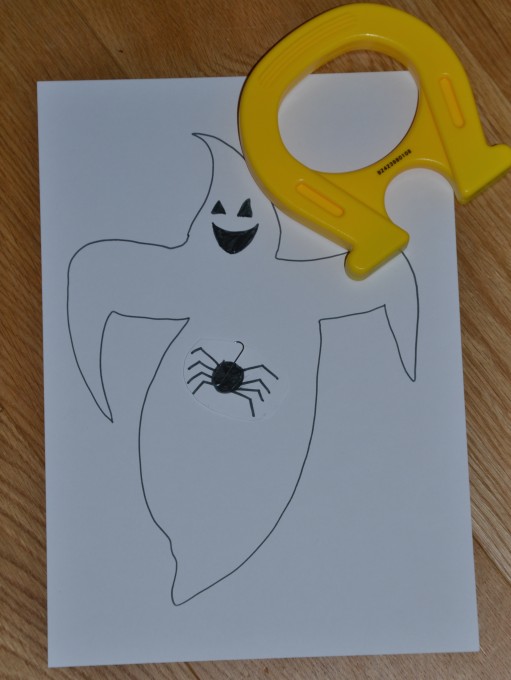 Don’t forget to try our other Halloween Science ideas

Magnets attract some objects but not others and can be different strengths.