Today we set about exploring some lovely pumpkins from a local farm.

I gave the children 2 medium sized pumpkins and asked them to feel them and think about which was the heaviest. After they guessed, we weighed the pumpkins to see if they were correct, and they were. 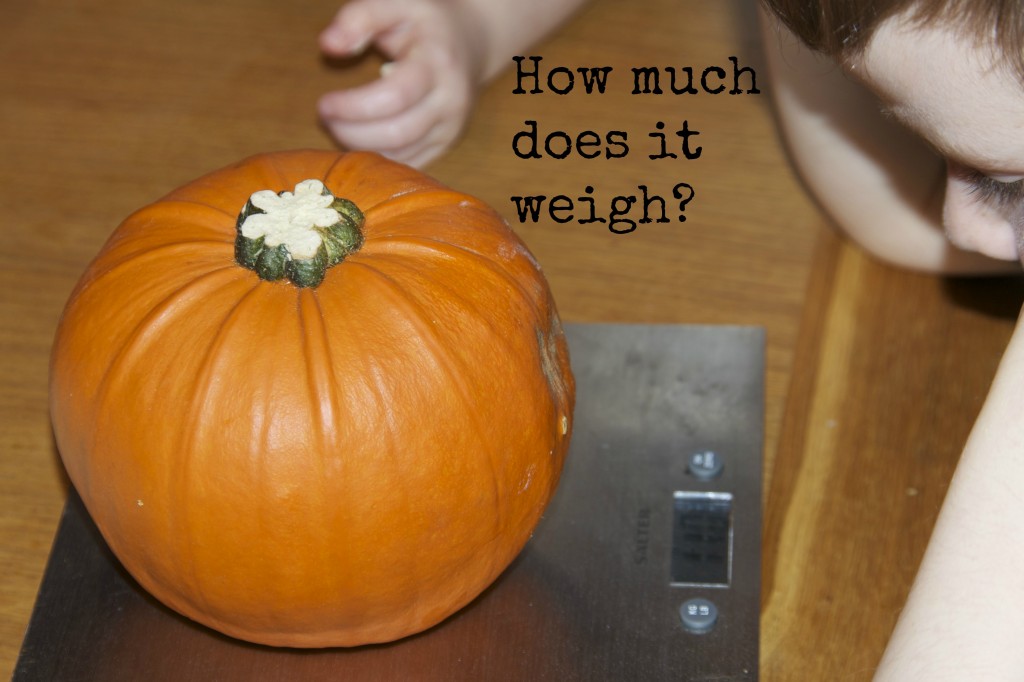 We then measured the pumpkins around the middle and Z measured his own waist, wrist and head. The heaviest pumpkin had the largest circumference. 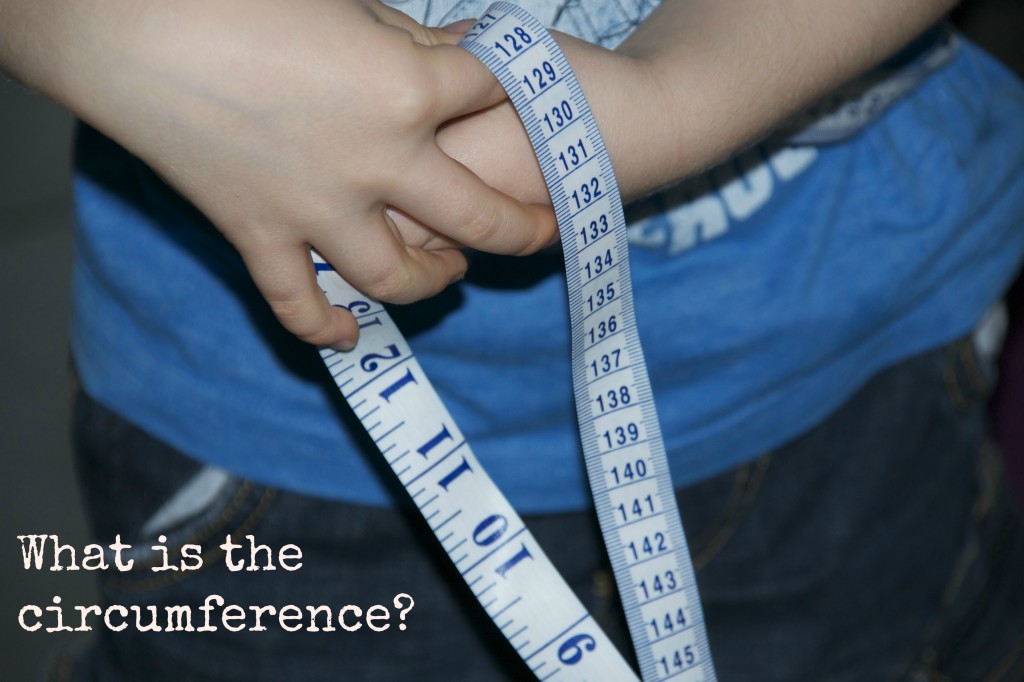 I opened up the pumpkin and we all looked inside. Z said it was cold, orange and squishy to touch. 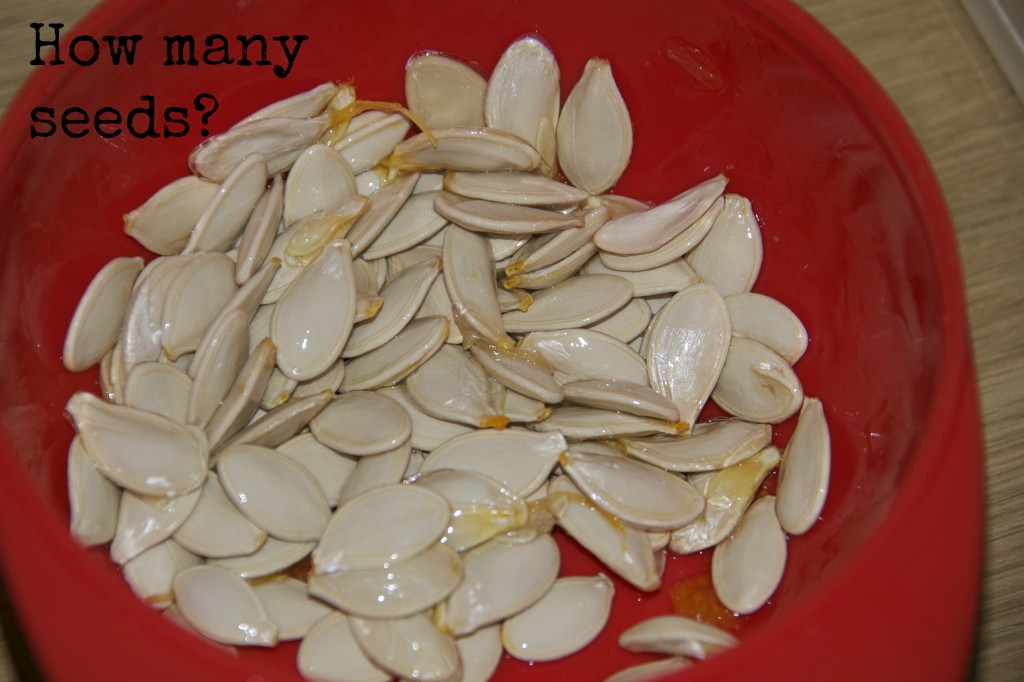 Together we removed all the seeds, and counted them by putting  into groups of 10. This took quite a long time!

Daddy then helped to carve a spider. What do you think? 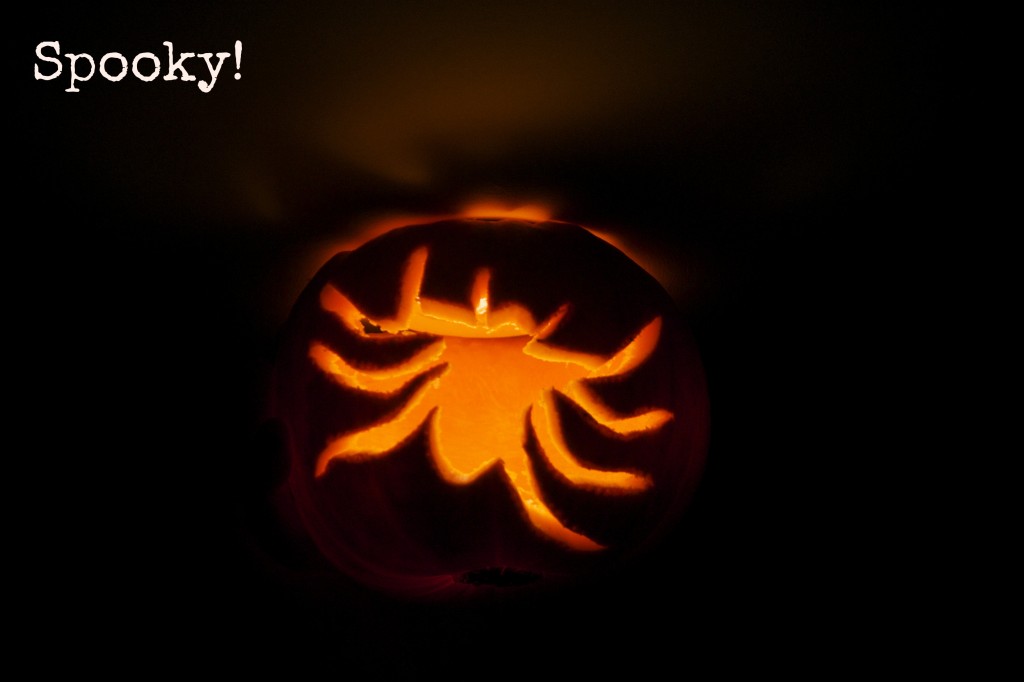 Do you have any other ideas for us?