Today’s challenge was to find out how much LEGO it takes to make four helium balloons sink to the floor. 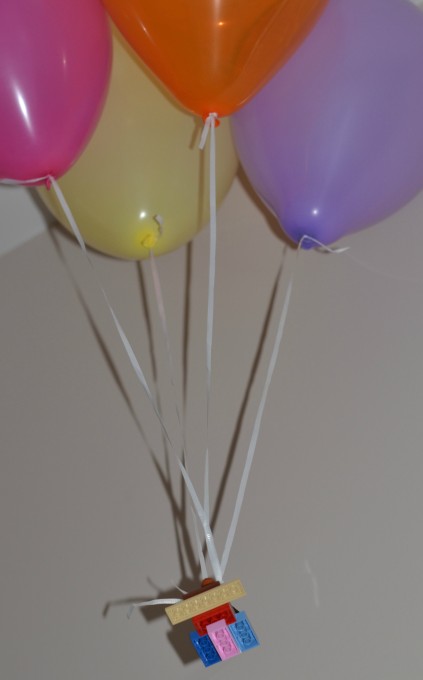 First we wanted to get an idea of how much weight it would take for the balloons to not float away. A LEGO man on a LEGO car remained on the floor, but with the front wheels slightly in the air.

A LEGO man by himself shot straight to the ceiling, so we tried a more methodical approach and started adding LEGO piece by piece until the balloons didn’t float up the ceiling. 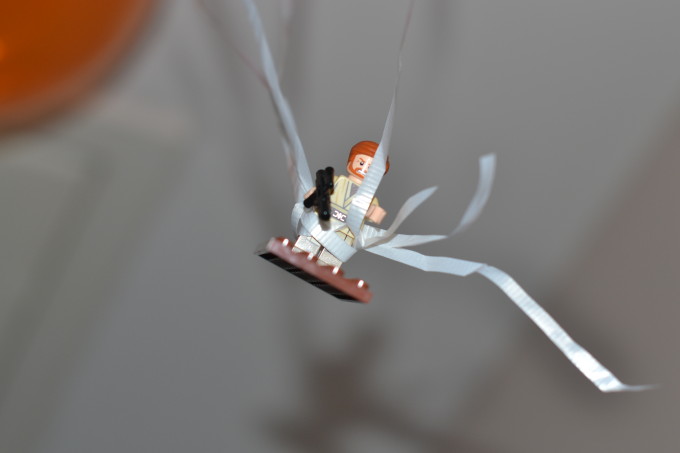 We decided that the maximum amount of LEGO was when the balloon took a long time to settle on which way to go, we couldn’t get it to hover for more than a few minutes before either dropping to the floor or rising to the ceiling. 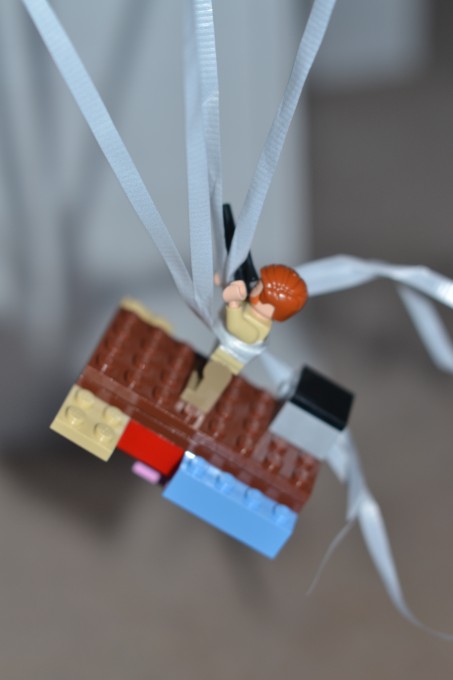 Can you weigh the minimum amount of LEGO it takes for one helium balloon to stay on the ground? Does that work  for 2 balloons?

Can you use your results to predict how much LEGO you’ll need for 6 balloons.

If you hold the balloons can you feel the upwards pull?

Why do helium balloons float?

Helium is lighter than air, so as long as the weight of the helium and balloon is less than the air they displace the balloon will float.

If you think how an empty plastic bottle will float to the surface of water if you hold it at the bottom and let go, this is the same process. The bottle and air inside are lighter than the water they displace and so float.

This is the law of buoyancy. 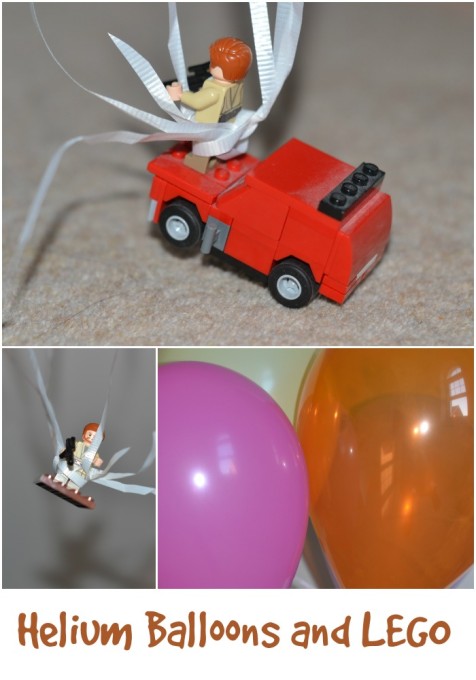