Home » How to make a volcano

I’m showing you how to make a volcano step by step today.  We did this for nursery homework a few months ago and it was a big hit with my son and his class. It can be a bit messy though, so I’d do it outside or in the kitchen.

We looked at some pictures of volcanoes on the internet first and then I explained that we couldn’t recreate an actual eruption, but we could cause a chemical reaction that would look like a volcano erupting. 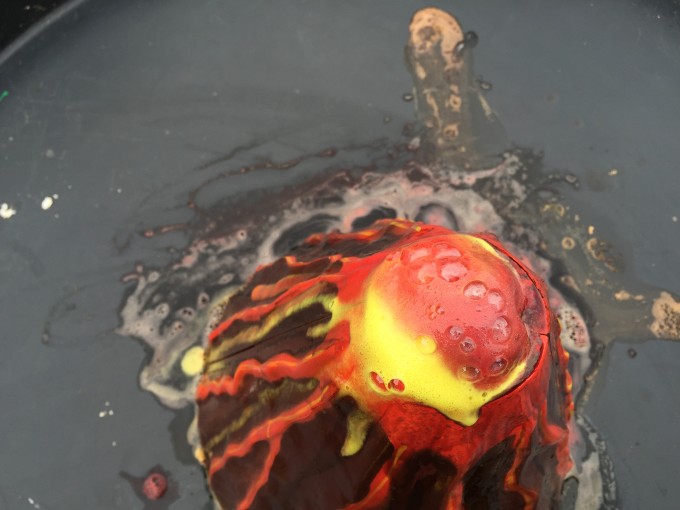 How to make a volcano step by step

Something to make the volcano with. We used some old modelling clay, but you could make your own play doh, or use soil, snow or sand if doing it outside or make a papier-mache version.

a few drops of red and yellow food colouring

Mould your volcano around the water bottle. If doing it in the kitchen maybe put it in a baking tray to catch the mess. You can make the volcano as simple or as fancy as you like!

Add everything except the vinegar to the water bottle.

Stand back, get ready……add the vinegar and watch the eruption! If it doesn’t work so well add a bit more washing up liquid and vinegar.

How does a baking soda volcano work?

The bubbles in the washing up liquid are from carbon dioxide formed by the reaction between baking soda ( sodium bicarbonate ) and vinegar ( acetic acid ).

How about a snow volcano? 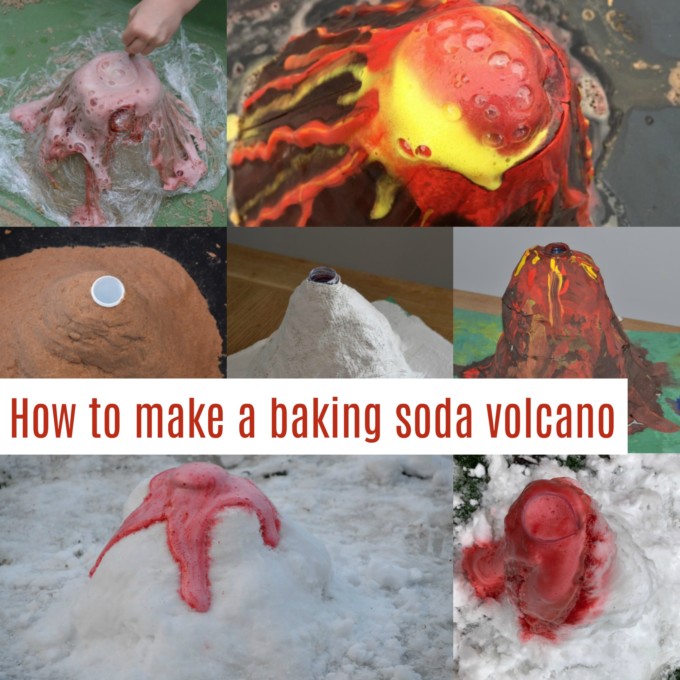