Home » How to Make a Cotton Reel Car

This was my first attempt at making a cotton reel car and it didn’t work quite as well as I hoped and definitely didn’t look as good as I’d hoped, but is a great little engineering project with lots of possibilities.

How to Make a Cotton Reel Car 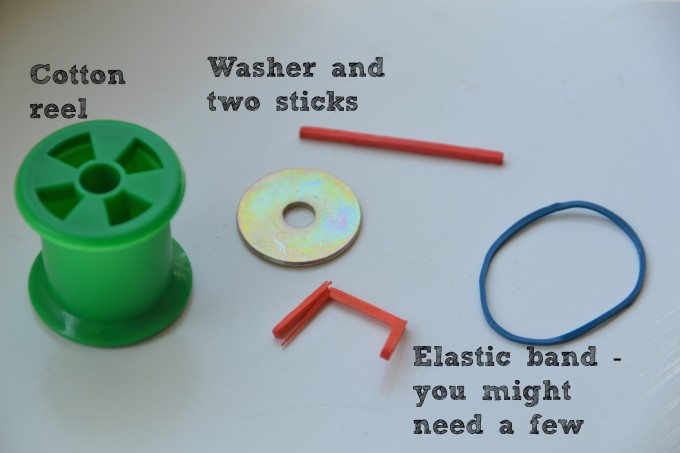 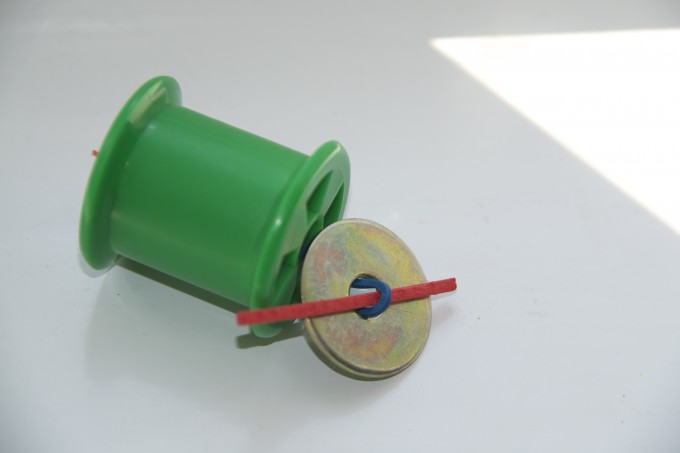 To make the cotton reel move, you wind up the stick on the washer end and let it go. 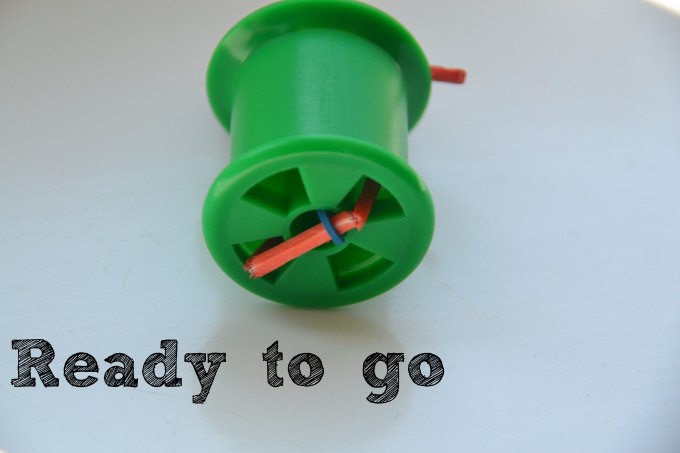 The cotton reel did move, but was a little erratic and tended to go in circles a bit.

Why does it move?

Winding up the elastic band causes it to twist.  The other end of the elastic band is attached to a matchstick that has been snapped and slotted into the cotton reel’s holes, so it cannot freely rotate.  As the band twists we are stretching it causing it to store energy.  (We know it is doing this because if you let it go the elastic band untwists).  The more we twist it the more energy is stored.

Try not to over wind as the elastic band may snap. 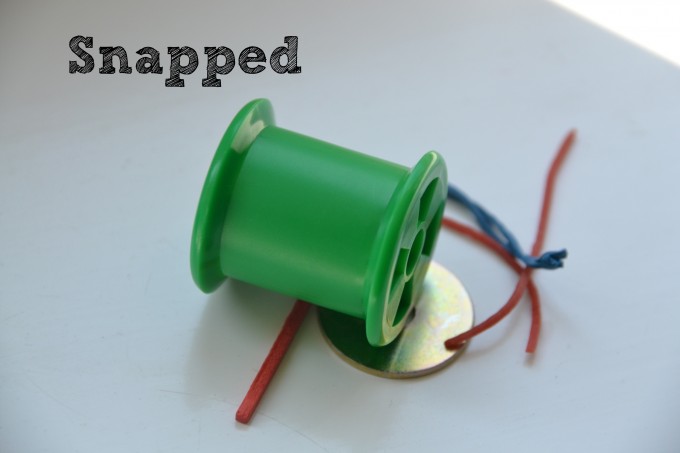 How can we improve it?

I’m going to try a small piece of candle instead of the washer, which will create more friction between it and the cotton reel.

We could try adding something over the edges of the cotton reel to give it more traction.

Can you think of anything else?

Ideas for learning about forces

« How old is a tree?
Challenge and Discover – June »