Following on from our hand washing exercise last week we tried another related activity. We boiled some potatoes to destroy any microorganisms already present on the surface and then touched one of them with dirty hands leaving the other untouched.

What would you expect to happen?

Our hypothesis was that micro-organisms from our hands would have been transferred to the potato when we touched it, and so that one should grow more bacteria than the clean potato.

We also added a potato left in the air and one in vinegar to see what would happen. 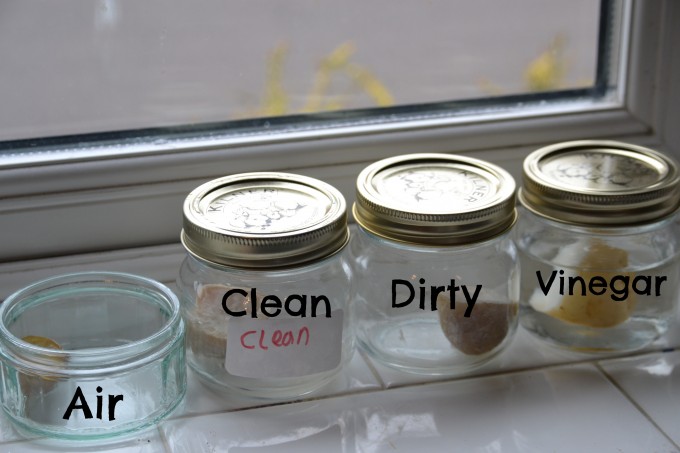 Leave the jars on a window sill for a few days and observe and changes.

The potato exposed  shrivelled up a little bit, and there is some evidence of micro-organism growth. 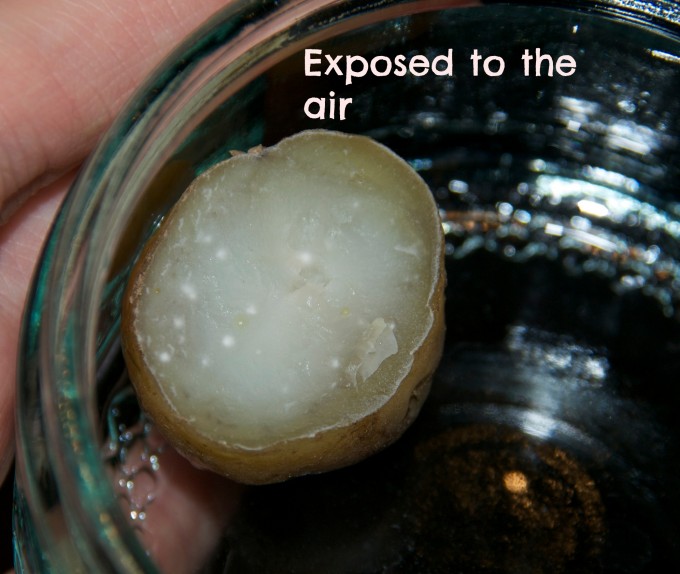 The clean potato, ended up quiet slimy, with some possible micro-organism growth.

The dirty potato didn’t seem to have more more evidence of micro-oroganism growth than the clean potato. 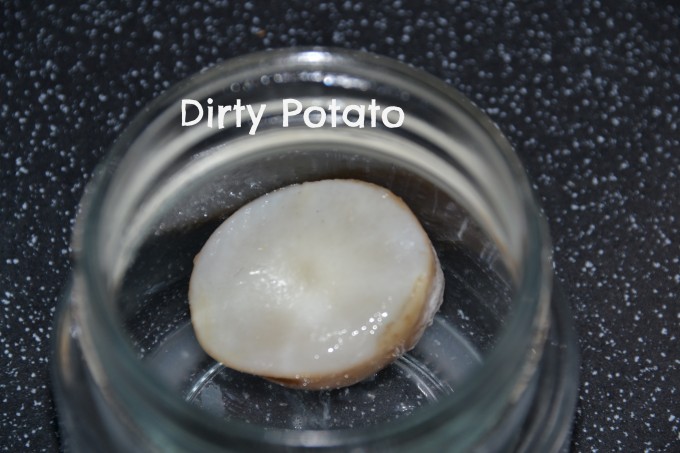 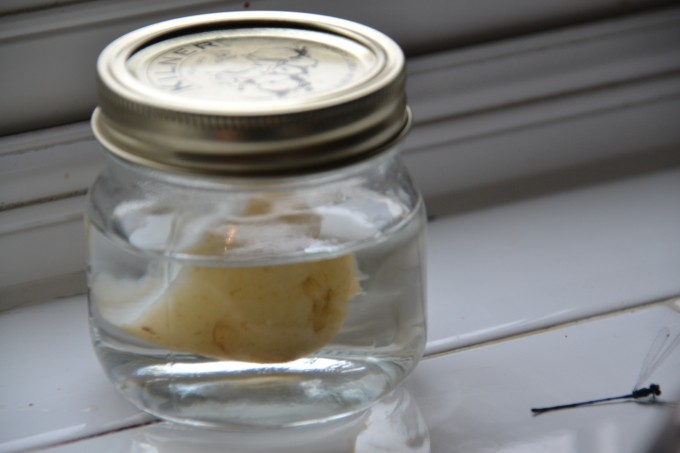 You can see that the vinegar has definitely preserved the potato. This is because vinegar is an acid and microorgansims find it hard to grow in such a hostile environment. That is why we pickle things to make them last longer.

I was hoping to see more growth on the dirty potato, but with science things don’t always work out as you expect. It could be that my jar wasn’t airtight, or it hadn’t been boiled for long enough so there were still some bacteria on the surface.

The healthy schools project has more information about good hygiene.

If you take any videos of you and your children doing any of our activities please share on G+ and tag us using #ScienceSparks. I’d love to see and share them around.