Did you know play dough conducts electricity and can be used to make play dough circuits.

Using play-dough is a fun and very low cost way to learn about circuits.  In our circuit we use a component called a Light Emitting Diode (LED).  These are quite easy and inexpensive to get from online stores or electronics shops.  Light emitting diodes light up when electricity flows through them (like light bulbs).  They only let electricity flow through them in one direction, so if you put them in the wrong way round, they will not light up.

Our little experiments show how you can make circuits of any shape you want using play dough. 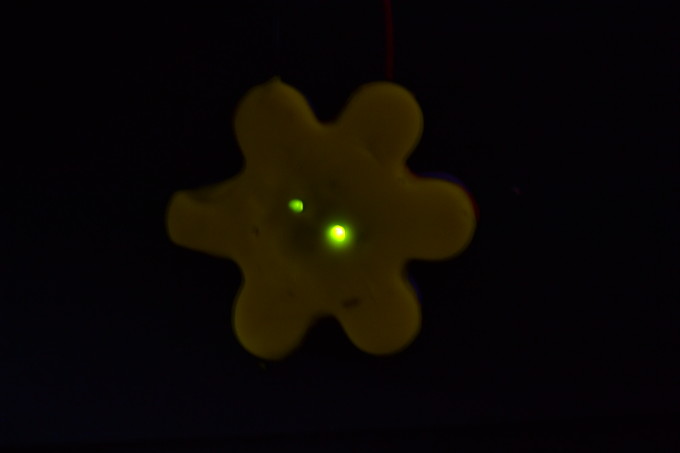 Insulating play dough – make your own 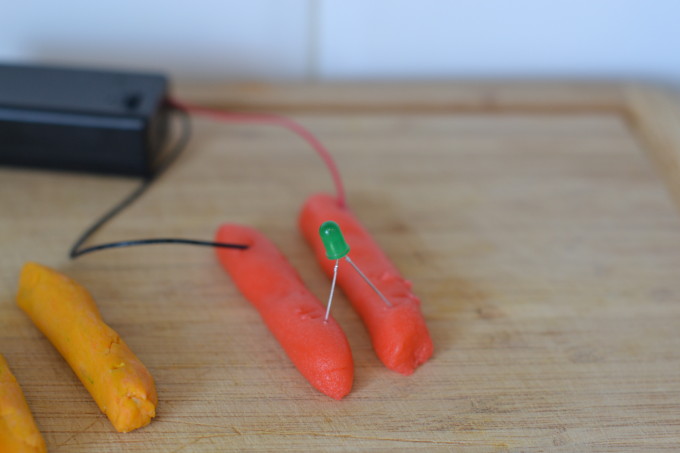 Then you can get a bit more adventurous.

You can see in this circuit the gaps in the conducting play dough are completed by the LEDs.

Remember current can only go through an LED one way….

In this circuit below the LEDs are arranged in series.  The positive leg of the LED is nearest the positive terminal of the battery (red lead).  A battery pushes electricity around the circuit.  It can only go through the LED one way (through the long leg and out the short leg) and we bridge the gaps with the LED.  It then goes through the play dough to the next LED, again it has to be the right way round. 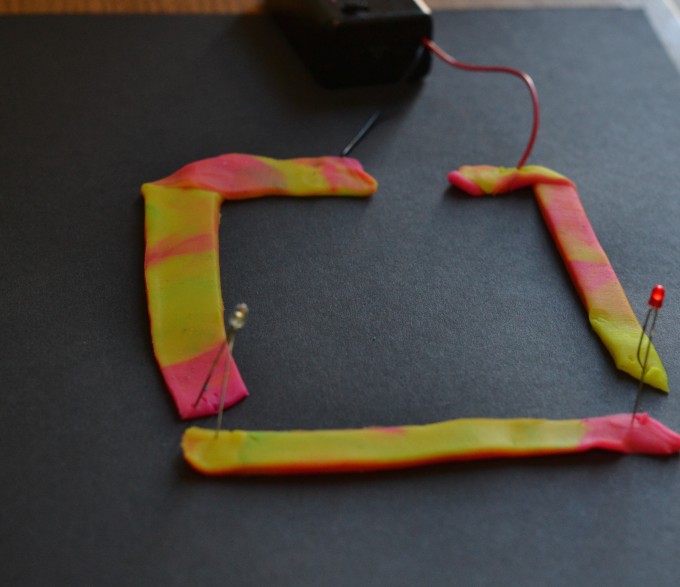 In the circuit below the LEDs are arranged in parallel.  Electricity flows again through each of the LEDs completing the circuit.  In a real circuit with more efficient wiring (play dough, while amazing is probably not the best way to carry electricity) you can see differences in how LEDs light up when comparing them in series and in parallel. 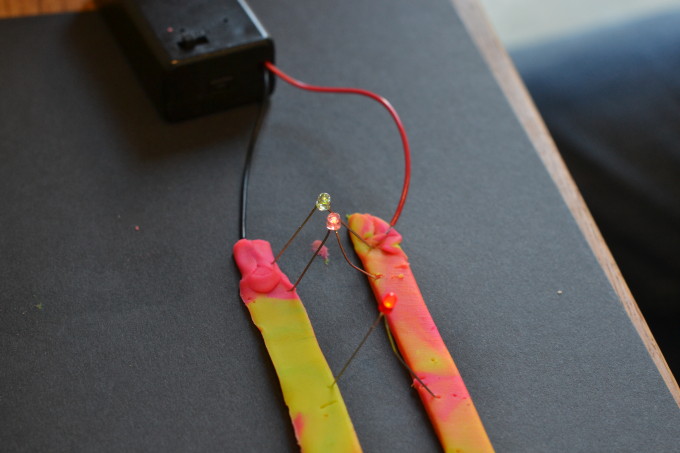 In our next experiment we want to make some cool shapes with lights in.  We have 2 LEDs which make a circuit through some play dough. The middle layer in each of the shapes below is insulating dough which you need to allow the electricity to flow correctly around the circuit. 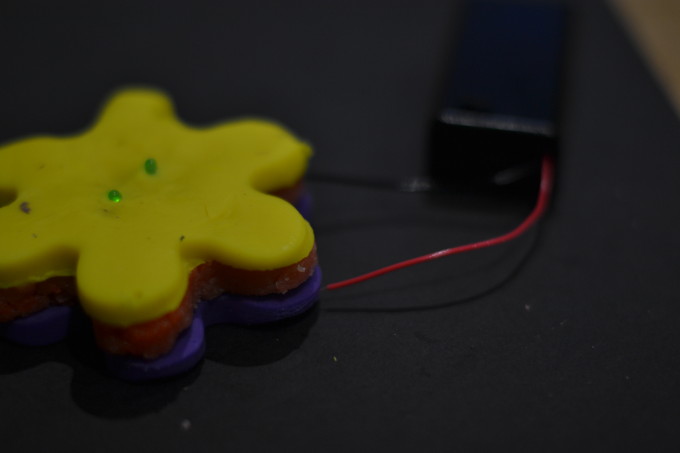 Another shape we made with our “sandwich” circuit. 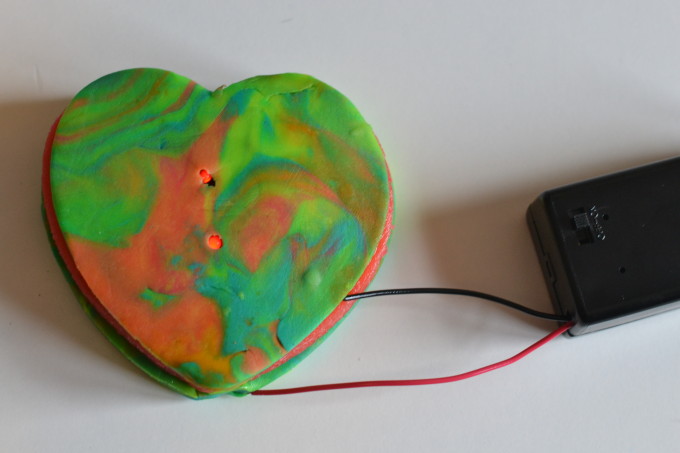 This video shows how we made our sandwich circuits.  We had to use a layer to insulate one of the legs from the other in the LED.  This is a little bit like how the circuits in your electronic toys work, we call them circuit boards.

We’d love to see what shapes you can make!

Why does play dough conduct electricity?

The insulating dough contains sugar which does not conduct electricity. 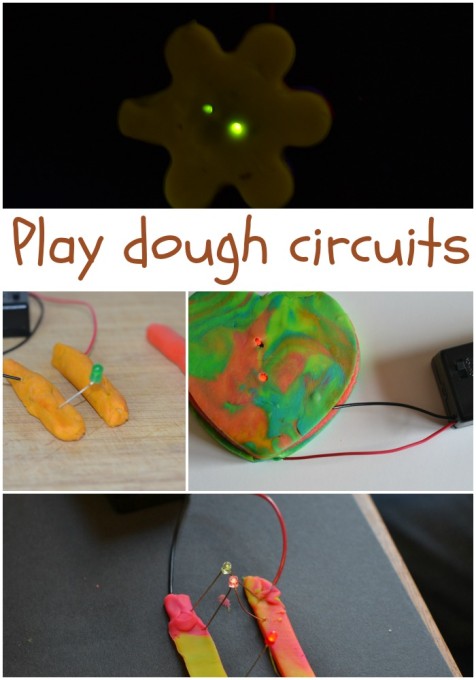 Thanks to squishy circuits for the inspiration