Home » Science Experiments for Kids » Kano – the computer you make

Have you heard of Kano? We were recently sent one to try, much to the excitement of my 8 year old who was beyond thrilled at the thought of having his own computer to play Minecraft on. The lovely people at Kano set us a couple of challenges to get us started, the first of which is setting it up. I’m handing over to my husband for this one.

Of course you get the Raspberry Pi – this is the 2nd generation of the awesome credit card sized computer, boasting a faster chip and extra memory (900MHz quad-core ARM Cortex-A7 and a 1GB RAM.) than it’s predecessors.

You also get neatly packed in the box a number of accessories.  A DIY speaker, a wireless keyboard (with built in trackpad), a wifi dongle, colour co-ordinated cables and loads of stickers to decorate everything. 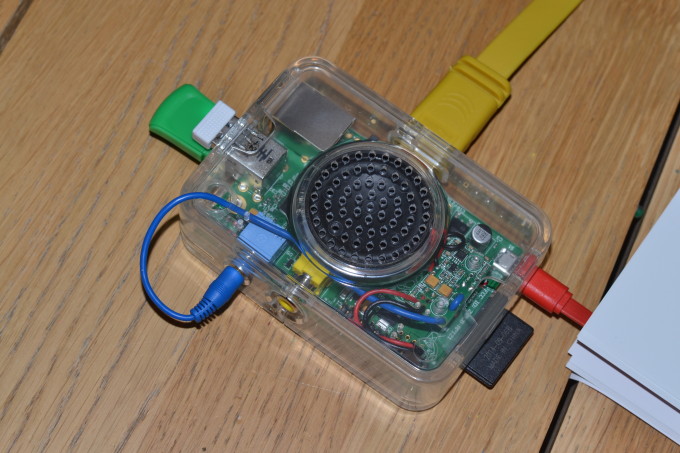 The manuals aren’t the usual dry, black and white instruction booklets, they are picture story books that teach the fundamentals of computing in a clever and very child friendly way.

The purpose of Raspberry Pi was to promote the teaching of computing in schools.  From a hardware perspective it has more than achieved its goals, even on its own the very cheap piece of equipment is a fascinating way to explore what computers are and what they do.
>What Kano brings to the party are some additional extra pieces of equipment and an innovative and colourful way to engage young people in this essential discipline.  The entry point into using the Kano system are the instruction booklets which show the user (adult or child) how to connect up all of the equipment and get the pre-loaded Kano software literally telling you what to do (using the speaker of course)
Once you have (satisfyingly) managed to boot up the Raspberry Pi, Kano’s built in software installed on the operating system guides you through increasingly more complex tasks teaching you how to use the computer and start to write your own code. The setting up process was easy enough for our just 8 year old to do himself and engaging enough to keep him interested and excited throughout.
Kano are also building a community where you can interact with other Kano uses, exchange tips and support each other on your learning journey. We’ve still got a lot of exploring to do with the Kano, and are very much looking forward to testing its full capabilities together.

We’re only just starting to explore our Kano, but these are some of the games and apps we’ve tried so far.

Snake is a great game, it might look dated but the point of snake on the Kano is to show you how you can change the behaviour of applications by setting some different variables. Make snake allows you to specify different settings to set up the game.  You can increase the board size, the speed of the snake and most importantly the number of lives.  At the end of each change you are rewarded by playing this simple but addictive game. 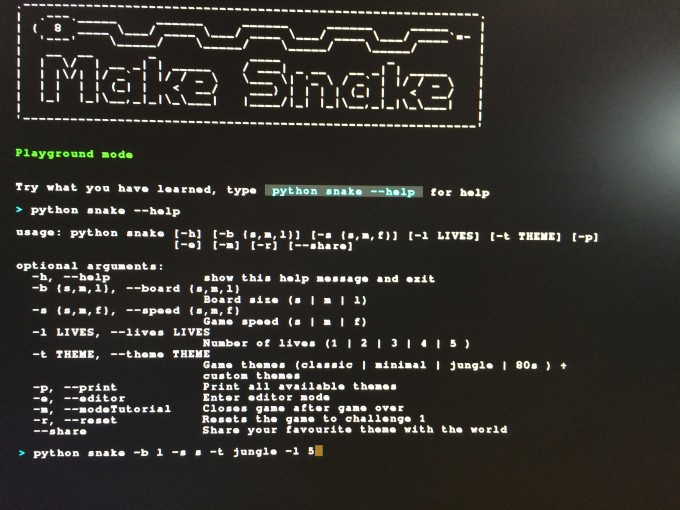 Make Art is a great introduction to writing code. The app guides you though the code you need. It’s a brilliant learning game for children and one we’re looking forward to exploring further. 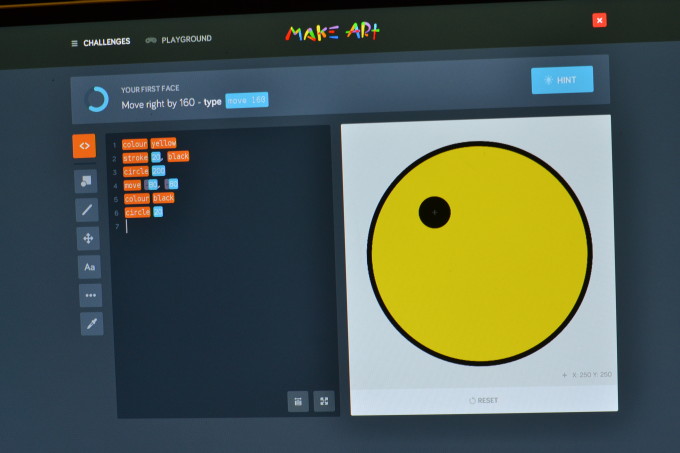 Just like snake, another classic.  In fact PONG was the first sports arcade game and was originally built as a training exercise. The fact that it became very popular means it has earned its place here in Kano!  Again, another way to show how a game is just some computer code and you can influence it by passing different parameters as you “build” it makes the kano learning journey fun and relevant to our young explorers.  Again, utterly addictive and a great addition to Kano

Also included are scratch and a music game, which we’ll write more about very soon.

I work in IT and have had a number of roles including developer, tester and mentor to those wanting to do the same.  I have been eager to work with my children to help them pick up the concepts of computing and understand all they do for us in our daily lives.  However the computers we use are so full of “useful” stuff, trying to break it down into broad abstract concepts that is interesting to children is, at best frustrating and at worst impossible.  The main problem is that the things we tend to have available to ourselves  on our own laptops need explaining in their own right.  What’s a spreadsheet? Why do you use one? How do I get to google in powerpoint?  There are layers and layers of concepts that we’ve learned over the years.
What Kano has done is to focus on what interests children.  Filled with bright colours and fun games the Kano operating system doesn’t have anything related to “work” about it.  It is a game in itself and one that rewards the player with achievements and unlocks new levels as the child progresses, its very easy to keep engaged and you can always pick up where you left off.
Zak (8 years) was instantly able to follow the instructions to get it set up.  He may not have known the fine details of RAM, HDMI or WiFi but those concepts do get explained and aren’t ever so important right away.  I was pleased that within 10 minutes he was actually looking at how to change the rules of pong and progressing through challenges.
Raspberry Pi has been a bit of a revolution, but Kano adds that extra layer (certainly for children) to make the most of this great idea.

If you have a child wanting to learn how to code we also love Barclays Code Playground, children can click on objects and change the size, colour and lots more, it’s a really fun way to introduce basic coding concepts. You can also book coding sessions in branches.

« Rain Cloud in a Jar
Trap the Superhero »