The second in our series of LEGO based posts in association with Twinkl is this fun parachute experiment. Can you design a parachute to slow the fall of a LEGO man? 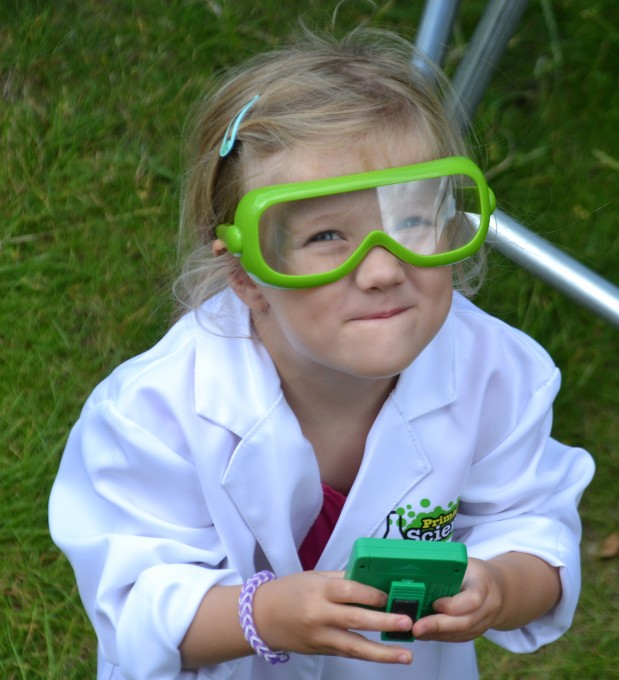 Our first parachute was made with wrapping paper and the man attached with loom bands, the down side of this is that the bands made it quite heavy, 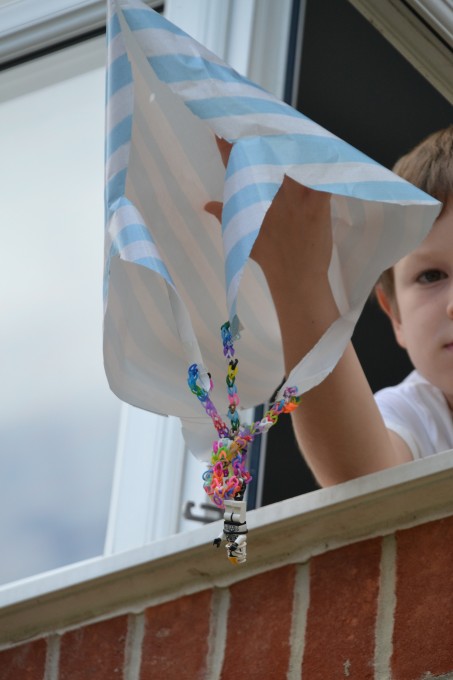 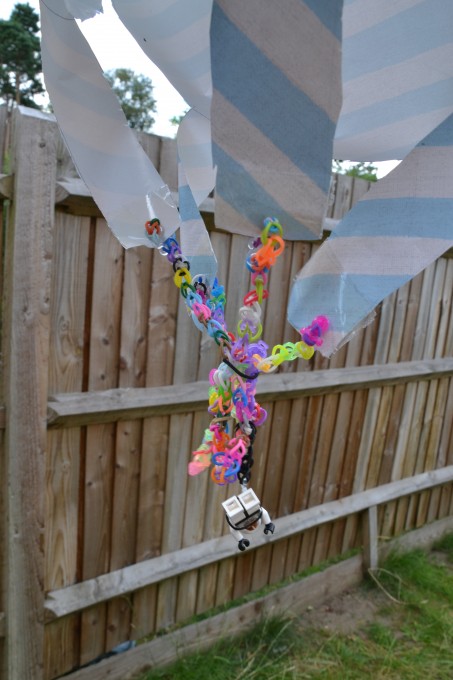 Our second parachute was made with a plastic carrier bag. This was much lighter. 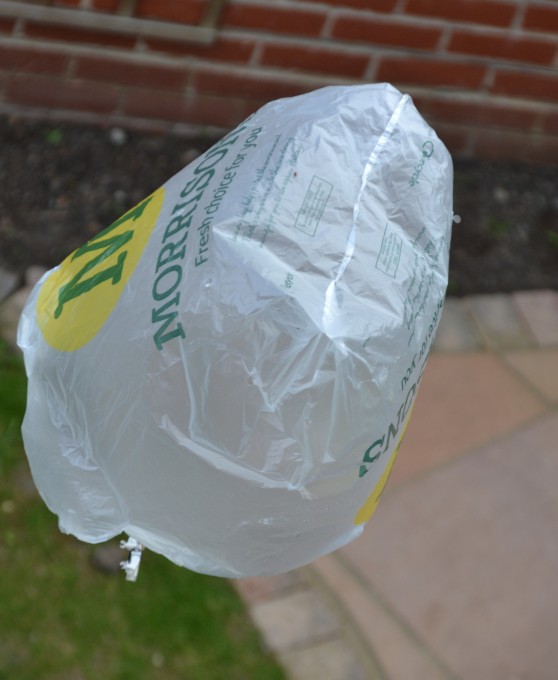 We used this experiment sheet from Twinkl to record our results. 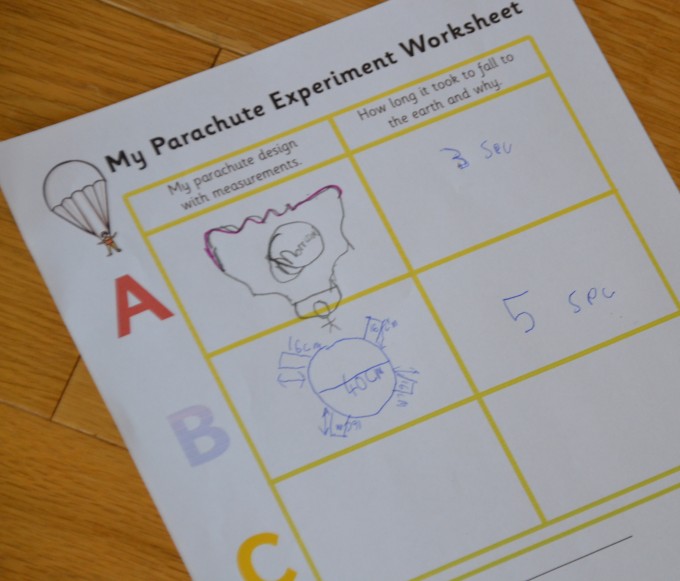 If you tried dropping paper and a LEGO man (or similar), the paper will drop to the floor more slowly than the man, this is because the paper has a larger surface area, so has to push against more air as it drops, which means the air resistance is greater and it drops more slowly.

If we dropped a hammer and a feather we would expect the hammer to fall the fastest, but if we did this on the moon where there  is no air resistance they would hit the ground at the same time.  This is because the force pulling them down is gravity, which is the same for both and without air resistance is pretty much the only thing that affects the objects as they fall.