This fun Pokemon catapult is a great way for children to learn about the effect of angle and force on how a projectile flies through the air. They are super easy and quick to make with lots of opportunities for further investigation. 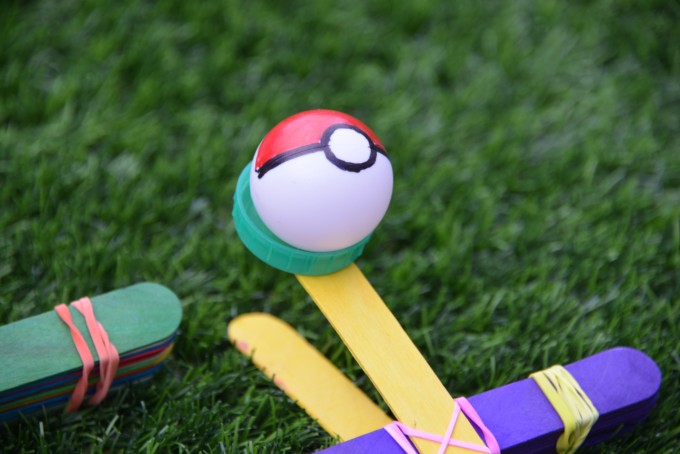 How to make a Pokemon catapult

Investigation Ideas – remember to only change one variable at a time

What happens if you add more lollypop sticks to the central core of the catapult?

What happens if your catapult end is shorter?

Would a smaller or lighter ball travel further?

Can you make a different style of catapult? We have some more catapult ideas in this post.

Can you make a giant catapult?

When you push down on the milk bottle top, the lolly stick catapult arm bends, giving it energy, when the arm is released the energy is released and transferred to the ping pong ball which flies through the air.

The further down the lolly stick is pushed the more force is used, which gives the lolly stick more energy to transfer to the ping pong ball, meaning it travels further.

Create a target with different numbers on different areas, use the catapult to aim the ping pong ball at the target. Add your scores together each time.

Can you add areas on the target where if you hit that area your score is doubled or halved?

Can you measure how far the ping pong ball has travelled, what will you use? 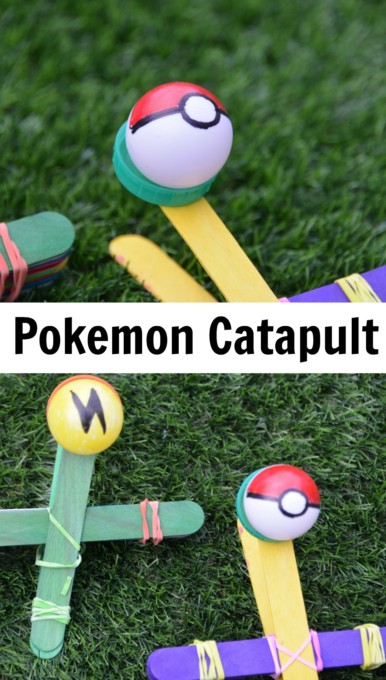