My 5 year old is very interested in space, especially the planets and how they move around the sun. He has been asking me lots of questions about why we have night and day and why we sometimes only see part of the moon which I have been finding hard to explain in simple enough terms for him to understand.

This Space Exploration experiment kit from the Science Shop is perfect for us! It answers all of his questions and more! 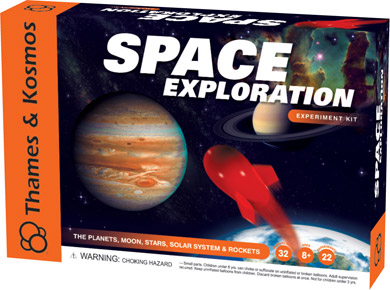 The kit allows you to:

• build a telescope and star map

• investigate the revolution and rotation of Earth

• find the man in the moon

• discover how the universe is expanding

The kit is aimed at children aged 8 and above, but many of the experiments could be simplified a little for younger children.

The first thing Z wanted to try was the rather exciting looking rocket.  It consisted of a small base in which water could be placed, and a rocket shaped ship.  It looked a lot neater than the Soda pop bottle and foot pump contraption we made last year. 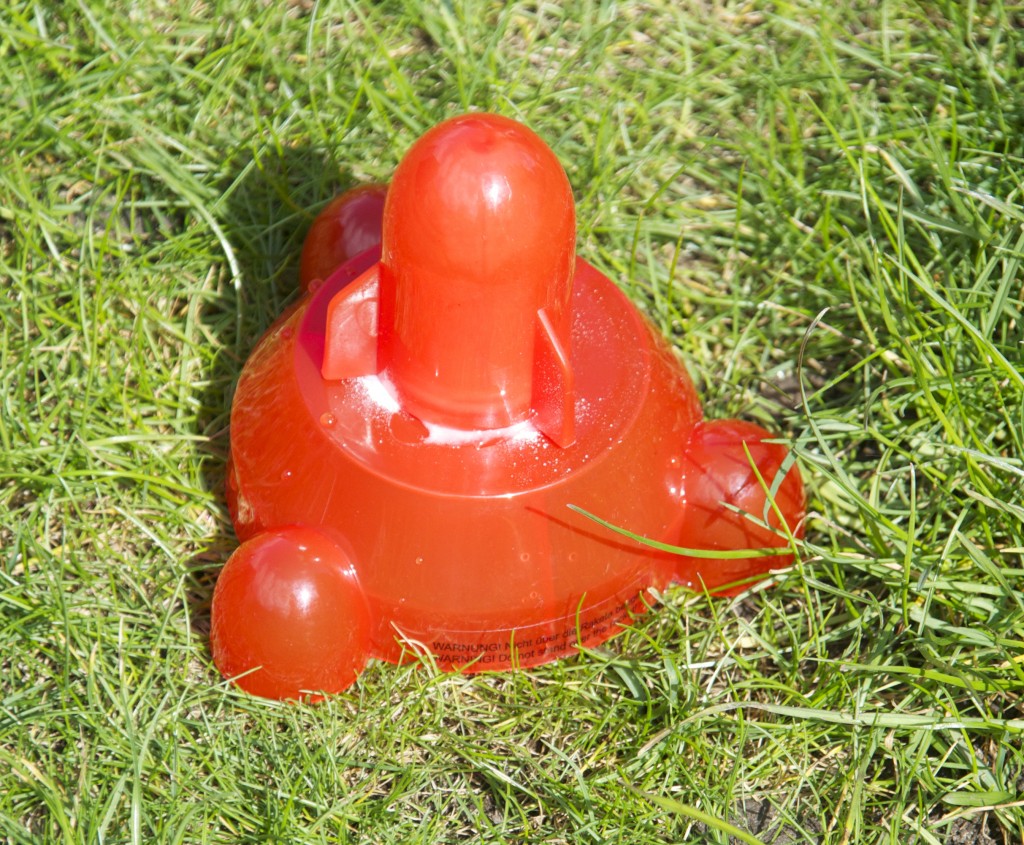 A crushed vitamin tablet (one that fizzes in water)

·         Initially we saw very little.  Nothing happened for ages and so we kept well back (that’s when we learned that we needed to tap the top once we sealed the rocket onto the base)
·         When we got it right, after about 10 seconds the rocket ship gave a pop and disappeared!
·         When we returned to the base unit there was a lot of powder surrounding the base.  Still there was no rocket ship.  After hunting around for several minutes we looked over our garden fence and saw it in our neighbours garden.
·         Repeating the experiment numerous times we saw that each time after the pop the rocket would fly very high into the air.
·         The Bicarbonate of soda was the most impressive, giving rise to the highest rocket flight.

The rocket was VERY impressive

Bicarbonate of soda (and other similar effervescent substances) react when they touch water and release a gas ( carbon dioxide ).

Because the rocket is sealed onto the base the carbon dioxide gas has nowhere to go, so pressure builds up inside the base of the rocket.  This seems very similar to when we pumped up the soda-pop bottle in our previous rocket experiment – except this time the gas is coming out of the powder.

After some time the pressure inside the rocket is so high that it makes the seal fail, which means all of a sudden there is a rush of air out of the base of the rocket.

We know when we let go of a balloon that when air moves out the balloon moves in the opposite direction so a very similar thing happens here.

We think that the gas leaving the rocket must be going quite fast because it moves much quicker than the balloon.

Maybe the rocket is also lighter than a balloon and possibly shaped a bit better for flying into the air.

Sir Isaac Newton proposed a number of scientific rules/theories/laws relating to how Forces work.  One of them can be summarised by saying every action has an equal and opposite reaction.   For example if you push a wall, the wall seems to push you back (otherwise you would just fall through the wall). The air moving out of the rocket could be considered an action and therefore something pushing the rocket in the other direction can be considered the reaction.

We tried to catch the rocket on video, but it was just too fast!

This is just one great experiment from this kit. We will be featuring more very soon! We already have the telescope ready to test. The set is £22.99 which I think is great value considering the large number of investigations you can do.

Many thanks to Science Shop for sending us this rather exciting kit. I cannot wait to show you the rest.