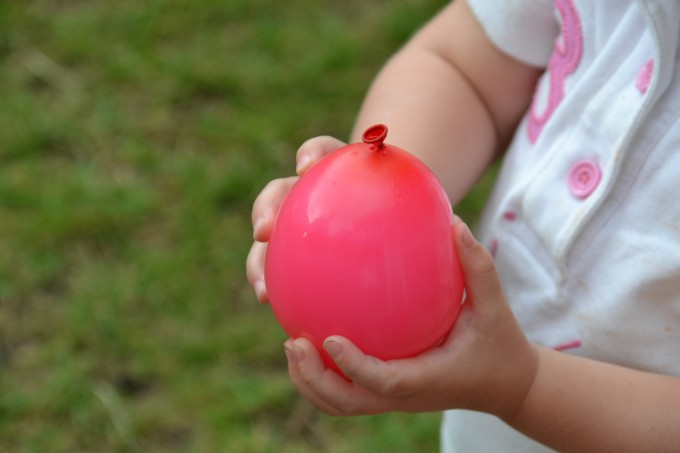 We hit a few issues along the way,  the balloons broke a little too easily, one on the tap and one was dropped by some little hands. There were lots of great questions and lovely giggles though, so despite it not working very well, we still had fun.

A large tray or hard surface

How to make Splatter Patterns

Fill water balloons with water or paint and tie the ends. You can water down the paint if you’d rather.

Drop the balloons from different heights and observe how the splatter pattern changes.

We found that the balloons didn’t always burst when dropped from a low height, so we placed a needle in the centre of the tuff spot and used plasticine to hold it in place. 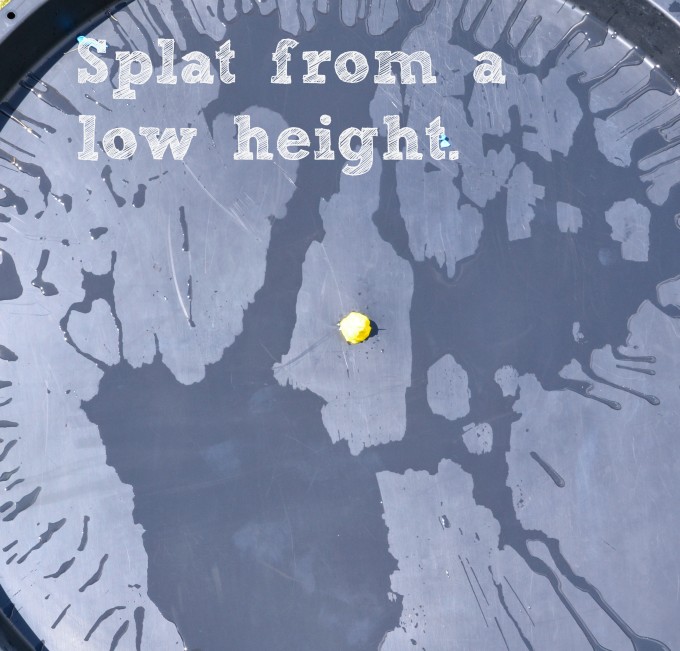 You can see that when dropped from higher up the water has spread out much further. This is because the balloon had further to travel before hitting the ground and therefore burst when travelling at a higher speed, which made the water spread out more. 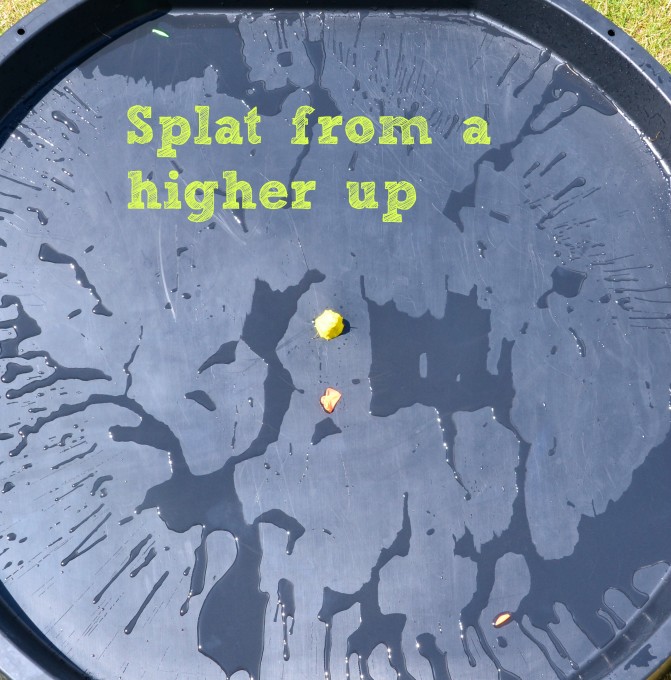 To make things a bit clearer, I filled some more water balloons with paint and water mixed together. This was a very messy process, I’d recommend filling the balloons either outside or in a sink.

Splat from the lowest height. 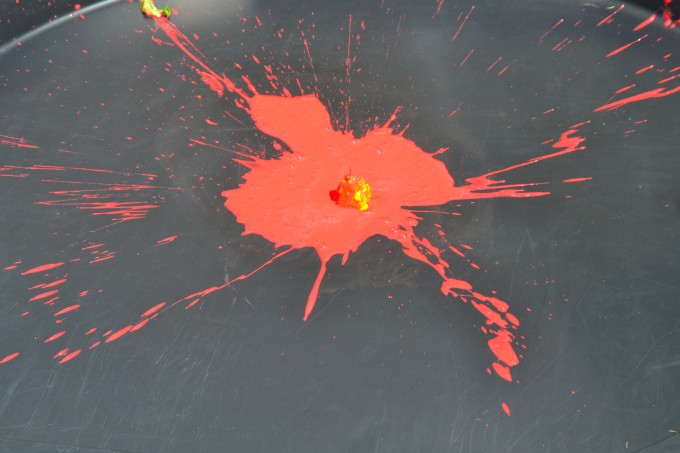 From a bit higher up. 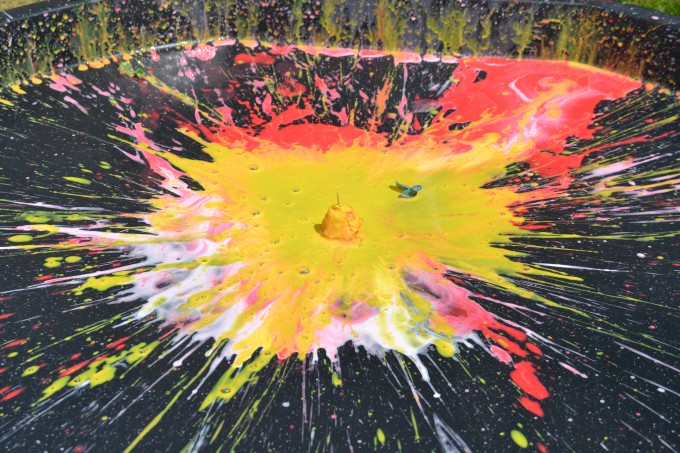 With each increase in height the spatter was bigger.

There are a few issues with this experiment, I couldn’t be sure that the balloons all held exactly the same amount of water/paint. I did weigh the water balloons, but there was a few grams difference and the paint ones were so hard to fill up anyway that it would’ve been impossible to get the same amount in each.

I would have liked to have measured the distance between the needle and the edges of each splat, but our container was a little small.

Can you do this with more accuracy? You could draw a graph to display your results.

How many colours can you include in your splatter pattern?