Apple bobbing is a traditional Halloween/Autumn game, with some science behind it.

We used a small clean bowl filled to near the top with water, I removed the stalk so it didn’t poke anyone in the face, and asked the children to try to get the apple with their teeth. 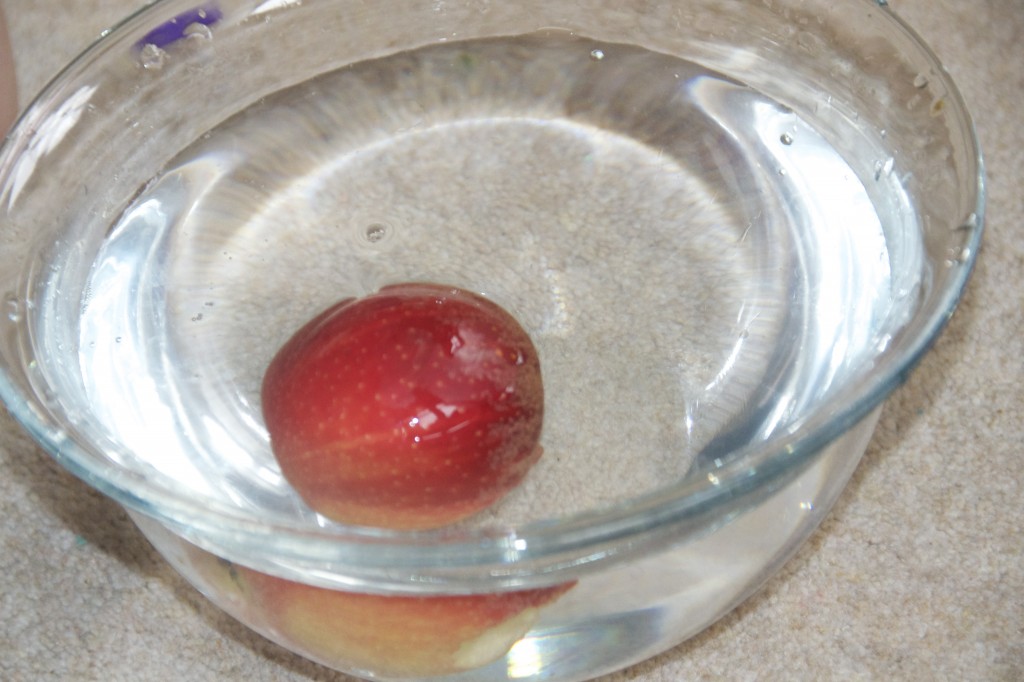 The first time everyone tried they pushed the apple down when trying to bite it, and then it bobbed up again to the surface. My 4 year old cheated and held it to get a bite, after that it was much easier to get a grip on the apple! 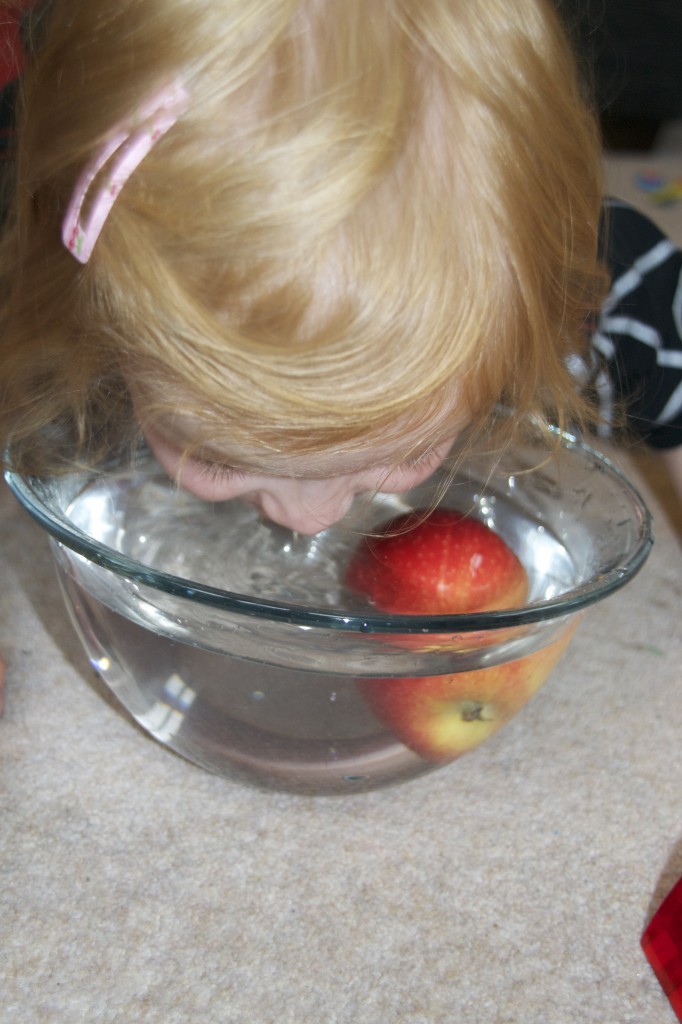 Whether an object floats or sinks depends on its density. Density is how tightly packed the material inside an object is. Just because something is heavy does not mean it will sink. For example, ships are very heavy but not very dense so they float.

For an object to sink it must be more dense than the water. The apple is less dense than water and so bobs back up to the surface after being pushed down.

Can you try with different kinds of apples? Are waxy apples easier or harder to grip? What if you chopped the apples in half?

« JAWBones and Octons
How to make Goo »