All you need for this fun, messy activity is an empty box, some marbles or other small balls and paint.

Can you blow the balls into goals? Is it easier to blow a heavy ball or a lighter ball? 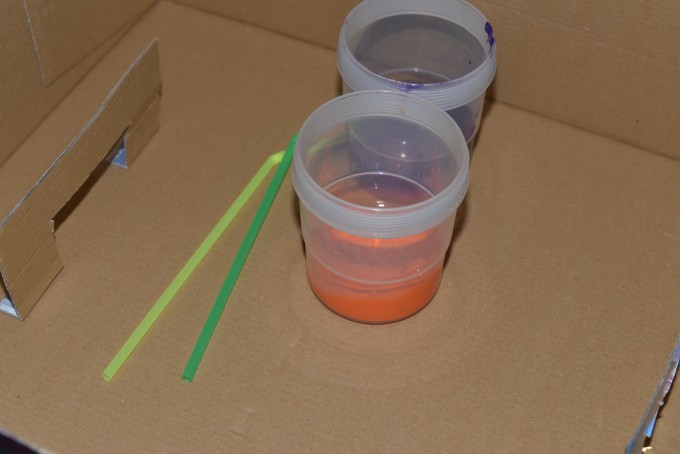 We made some goals with some spare cardboard and sellotaped them to each end of our box.

We then dropped to marbles into paint and each player used a straw to try and blow the ball into their opponents goal.

We tested marbles, ping pong balls and soft craft balls to see which were the easiest to move. 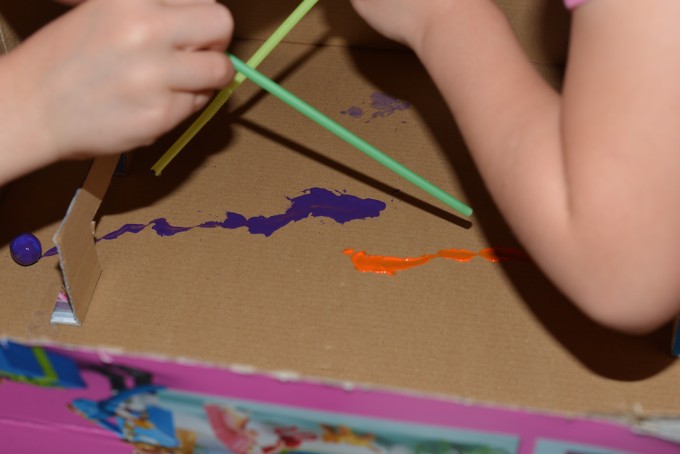 After the straw blowing test we then tried moving the box around to try to move the marbles in the direction we wanted.

The more paint we added the harder it became to move the marbles. Can you think why this is? 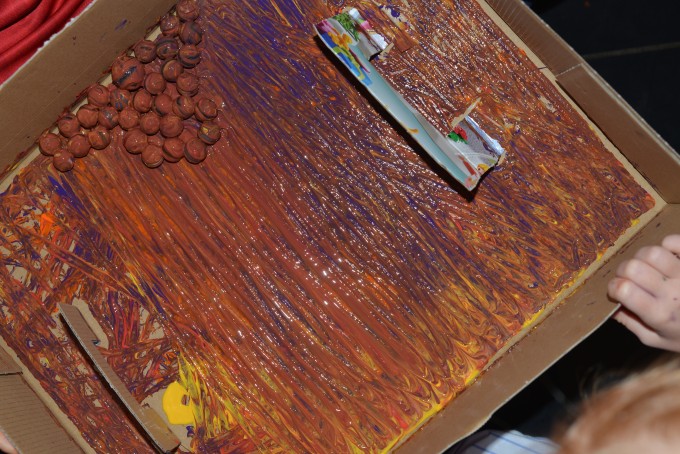 Could you use the marbles to try some colour mixing?

Can you think of anything else we could test?

Describe the simple physical properties of a variety of everyday materials

Using their observations and ideas to suggest answers to questions

The child knows about similarities and differences in relation to places, objects, materials and living things.