The recent mini heatwave in the UK meant we needed some serious help cooling down, so we had another go at making slushy drinks!

To make a slushy drink you need to partially freeze a lovely fruity liquid.

Freezing is the process in which a liquid turns into a solid when it’s temperature drops below it’s freezing point.

Melting is the point at which a solid turns into a liquid.

Apart from a few exceptions the freezing and melting point of a liquid are usually the same temperature.

There are a several ways to make your own slushy drink. You could freeze a ready made smoothie in an ice cube tray and then experiment with how to make the cubes melt enough to drink or use salt and ice to freeze your smoothie. 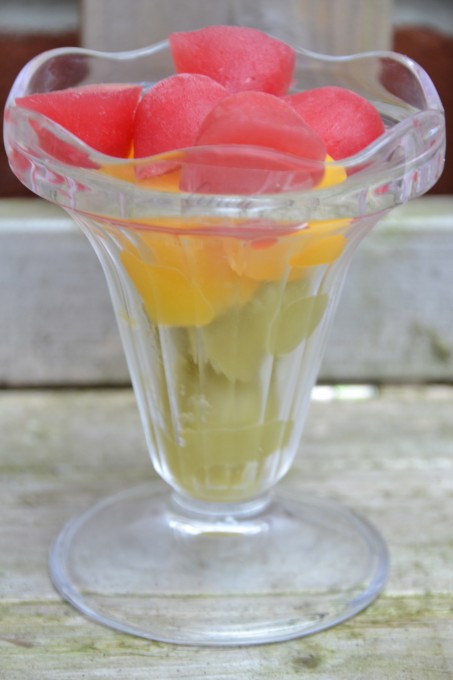 If you choose to use the ice cube method you could then:

Let the juice cubes melt a little bit before removing from the ice cube tray. They will feel sticky to start with, this is because the ice is freezing the moisture in your fingers.

Did you notice that the frozen juice took up more space in the ice cube tray than the liquid juice? This is because as water molecules freeze they link together forming a structure with big holes, the gaps in the frozen water take up more space than when it is a liquid.

We call the temperature at which water changes from a liquid to a solid it’s freezing or melting point. The two are usually the same, but liquids can be supercooled below their freezing point. We can supercool water or a drink using a mixture of salt and ice, which brings me to the next slushy making method.

Make your own slushy drink with ice and salt

Pour some smoothie into one of the plastic sandwich bags and tightly seal the bag. 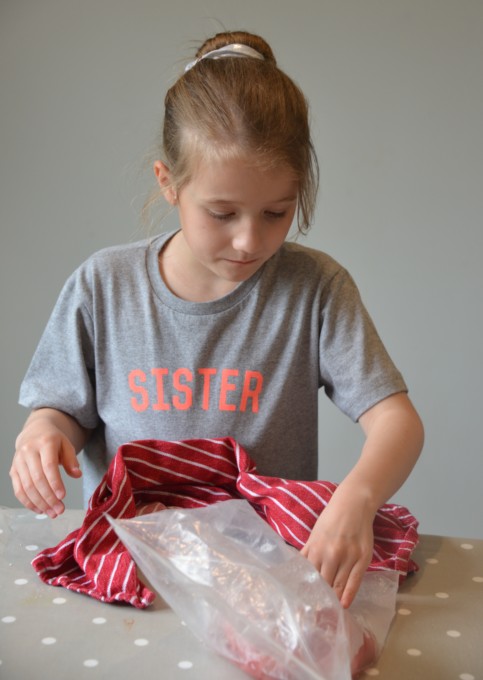 You should find that after a few minutes your liquid smoothie turns into slush!

When salt it mixed with ice it makes the ice melt as it lowers the freezing point of the ice, this is known as freezing point depression. The more salt you add the lower the freezing point. For the ice to melt heat must be absorbed from the surroundings ( in this case the smoothie mixture ) causing it to freeze. 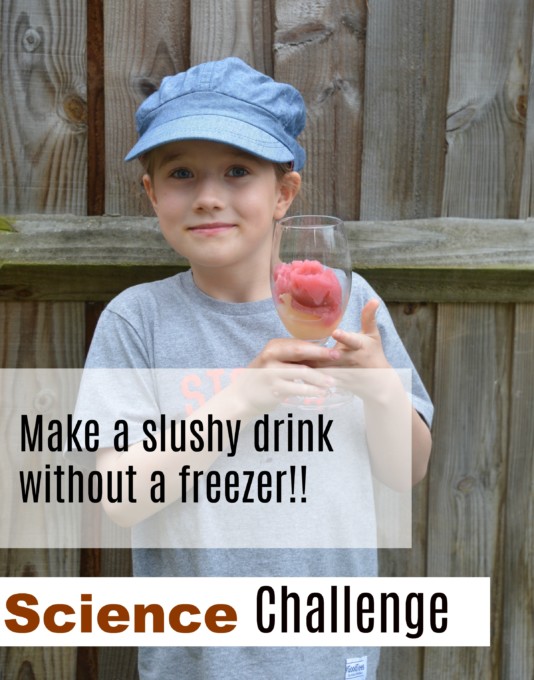 Reading confetti has another fun twist on this method, and made slushy drinks using a salty, ice core. I really want to try this. 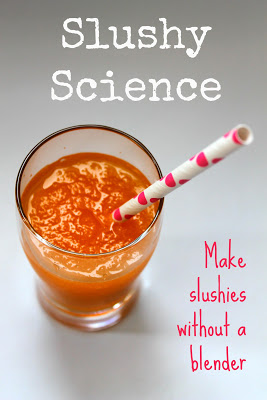 Did you know you can also use this method to make ice cream? and cool a drink down very quickly? 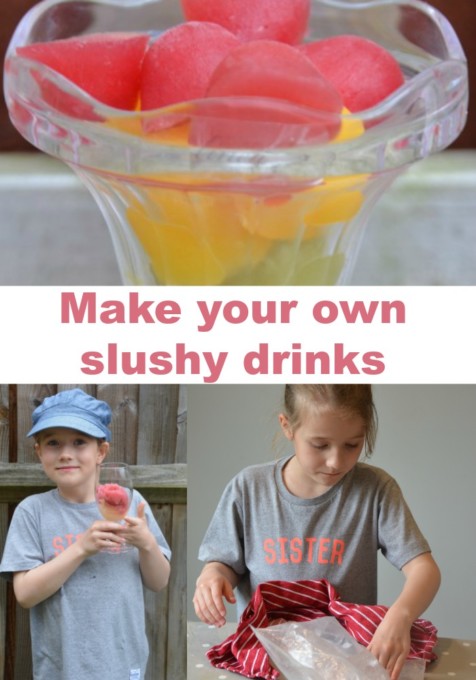