I remember the first time I saw a centrifuge in a lab and thinking how clever it was. Centrifuges can be used to separate mixtures, by spinning them at very high speeds. Liquids that are more dense settle at the bottom of a test tube after spinning.

A washing machine spinning is also an example of a centrifuge. It spins the clothes at very high speeds to remove water!

You can make your own centrifuge using a bike!

Warning – stand back as the wheel spins and only use plastic test tubes. One of ours did slip down the wheel and break quite spectacularly!

Pour the same amount of water and oil into two test tubes and make sure the lids are firmly in place.

Shake the test tubes until the oil and water are thoroughly mixed.

Turn the bike upside down and attach one test tube to one of the bike spokes using cable ties or tape.

Leave the second test tube upright, not on the bike. This is your control. It is so we can see what happens without the centrifuge.

Spin the wheel of the bike as fast as you can for about 20 seconds. Let the wheel come to a stop on its own.

You should find your oil and water mixture in the bike test tube has separated, but the one that hasn’t been spun is still all mixed up.

Can you think of more liquids to spin? How about ketchup, oil and water?

Uses of a Centrifuge

A common use for a centrifuge is to separate blood into red blood cells ( which gather at the bottom ) and white blood cells and plasma at the top!

NASA use giant centrifuges when they train astronauts to get them used to the extreme forces they experience in space travel.

Other ways to separate mixtures

A mixture is a something made up from two or more substances which are mixed but not chemically joined together!

Filtering and evaporation are also common methods for separating mixtures. 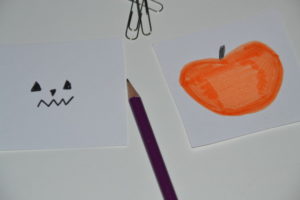