Today we have been talking about how our sense of smell works. 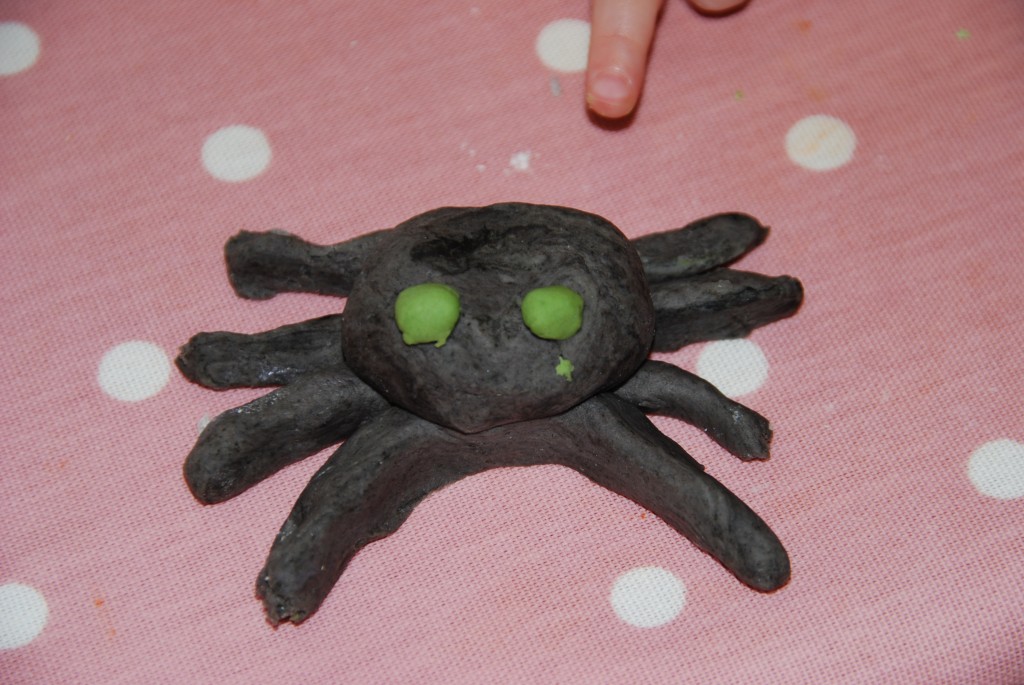 Did you know the inside of your nose is filled with goblet cells which create mucus, and very tiny hairs called cilia. The bigger hairs, which according to my little boy only grown ups ( and by that he means his Daddy ) have, help stop unwanted particles getting into your nose.

Everything you smell gives off molecules which are very light and float in the air. When these get into your nose, they dissolve in the watery mucus. At the top of your nasal passages there are patches of neurons* which have tiny hairs called cilia. The smell molecules bind to the cilia which trigger the neurons to transfer the message to a part of your brain called the olfactory bulb which tells you what the smell is.

I wanted to get Baby H involved with todays experiment  so we decided to make some smelly play dough.

We followed this recipe on Red Ted Art to make the play dough.

Z wanted to make ‘Halloween’ play dough, so we made it black and crushed some garlic in it. 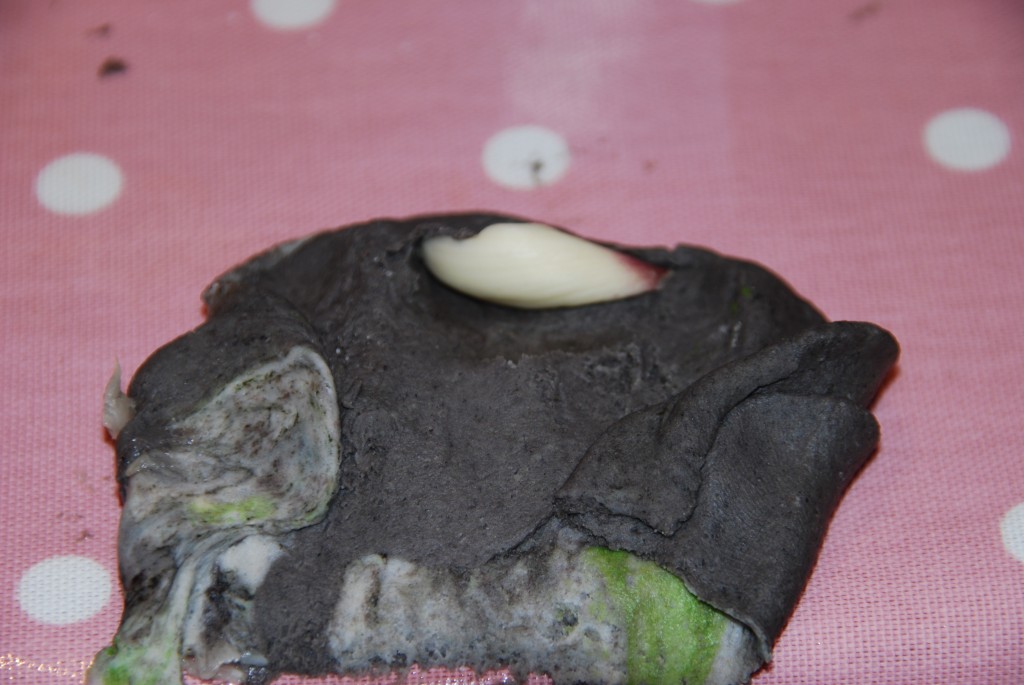 Then we gave it a big sniff and talked about the particles going up into our noses.

We also made some nice cinnamon smelling play dough for Baby H to play with. 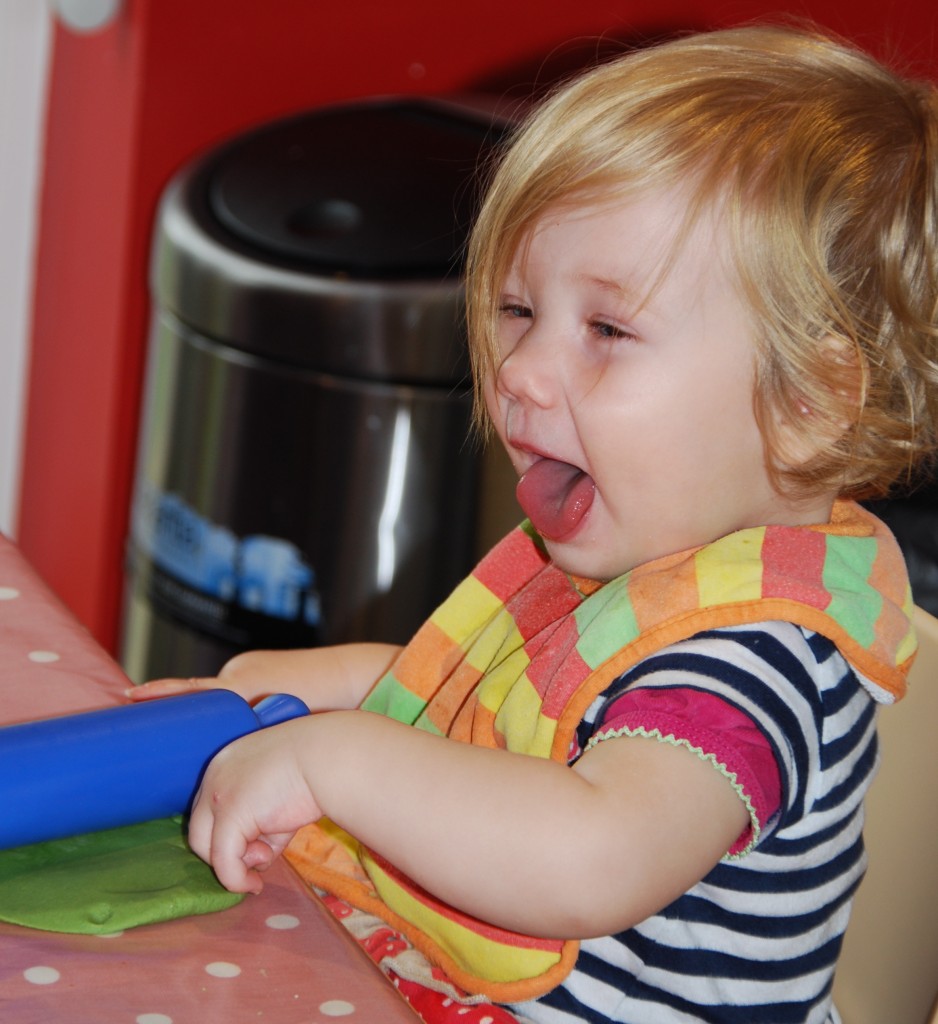 *neurons are  cells which transmit information through the nervous system.

« How To Make Meringue – Kitchen Science
Photo of the Moon »